Lance Armstrong - "Bitter sports reporters are boycotting @lancearmstrong's Tweets. Good luck with that, and welcome to 2009" 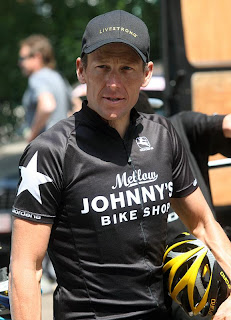 Lance Armstrong's refusal to speak directly to the press at the Tour of Italy has sparked a boycott by some sections of the Italian and anglophone media of the American's online messages.

The seven-time Tour de France champion has in recent months regularly communicated with fans and journalists alike by posting messages on the Twitter social networking website.

Up until now, much of what Armstrong posted on Twitter - which can be updated from computers and mobile telephones - was consulted and often reported on by the press.

However on Friday some sections of the Italian and English-speaking media here announced they would no longer report Armstrong's messages because of his refusal to speak directly to reporters.

After Thursday's 60.6km time-trial the American refused to speak to the waiting media, preferring instead to post a brief message about his performance on his Twitter account.

Reports suggest Armstrong has been aggrieved by the Italian media, who blamed the American for helping instigate last Sunday's farcical ninth stage in which the peloton had a 'go slow' policy.

Armstrong has denied that is the case.

The results from last Sunday's stage - an inner-city criterium - did not count towards the general classification after the peloton's request it be 'neutralised' because of their concerns over safety issues.
Posted by Recovox at 10:39 AM