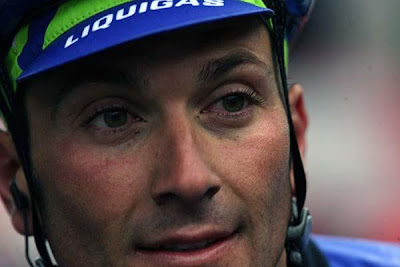 Liquigas' Ivan Basso, who is currently racing the Giro d'Italia hoping for a final podium placing in Rome, has confirmed that he will be participating in the Vuelta a España this year. The Italian, who is making his came-back after two years of suspension due to his implication in the Operación Puerto affair, will not race the Tour de France but concentrate on the Spanish Grand Tour instead.

"Yes, I will be racing the Vuelta," Basso told Spanish Marca on Thursday. "I'm very happy about it. I've seen the route on paper several times and it seems very nice to me. At the presentation of the Giro I was very happy when the representatives of Unipublic welcomed me to their race, saying that they were happy to have me at the Vuelta. I'm also very happy to be able to race it."

The Italian Grand Tour contender is positive that he will be able to race for the victory in Spain later this year, as he is getting back into racing rhythm at the Giro d'Italia.

"Aside from my result, this Giro will serve me to get back my former resistance and strength after almost three years without racing Grand Tours," he continued. "Because this is impossible just by training. I'm convinced that in the Vuelta you will see me even stronger because in a stage race like the Giro you have to make great efforts, but it is also training for other competitions."

As Spaniard Alberto Contador will probably be absent from the Vuelta, Basso could be the big favourite for this year's edition. At the moment, the 31-year-old is battling for the Giro podium.
Posted by Recovox at 12:15 PM