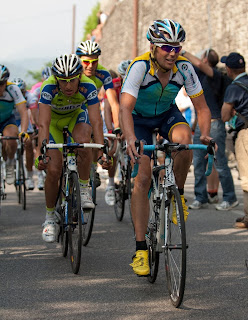 American Chris Horner has featured in the finale of every mountain stage in the Giro d'Italia until Tuesday's tenth stage when a crash early in the race robbed him of his chance to continue the race. He did not start stage 11 due to a leg injury sustained in the fall the previous day.

The team's spokesman Philippe Maertens said that Horner could barely walk on the injured leg and did not want to jeopardize the rest of the season by attempting to race on it. He was diagnosed with a tear in the muscle on the back of leg below his knee, the tibialis, and will return to his home in Bend, Oregon.