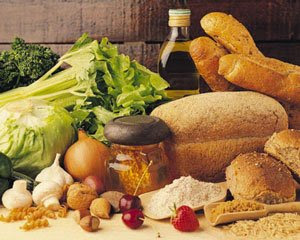 For years, well intentioned coaches and exercise physiologists have given endurance athletes very strong recommendations to ensure high carbohydrate intake during training and racing to optimize performance. Some recent experimental evidence and the actual practice of some very successful athletes has many of us rethinking our previous advice especially in regard to training. As a coach, I sometimes encourage my athletes to purposefully deplete glycogen stores during training or to limit the intake of carbohydrate during certain endurance training sessions. One of the researchers who has studied this idea presented a keynote lecture at the American College of Sports Medicine conference in Denver a couple of years ago regarding this practice titled: “Train low, compete high”. At the time I was a little resistant, but the idea intrigued me – especially based on the scientific findings.

It’s long been understood that a limiting factor to endurance racing is the sparing of stored glycogen. Athletes cannot consume carbohydrates at the same rate they can burn carbohydrates. So when the exercise bout is long enough glycogen stores are depleted and exercise performance suffers. The theory is that depleting glycogen during specific exercise bouts allows the body to become more efficient at utilizing fat. It can take many weeks for the body to adapt to low glycogen levels. The downside is that with low glycogen levels it is difficult to conduct high intensity training sessions since these require glycogen (carbohydrates) almost exclusively. What the researchers propose is varying the intensity and the diet so high intensity exercise bouts are done with high glycogen content and long slow endurance training sessions are done with low glycogen content. This will help the body adapt to a more efficient substrate utilization that can correlate to a sparing glycogen and enhanced endurance. This ability to sustain endurance with a higher reliance on fat utilization through training adaptation can play a key role in reducing gastric distress associated with the need to consume high levels of carbohydrates for long endurance sessions like Ironman, Ultra running or Century rides.

In one of the studies that supports this idea, Bente Pederson of the University of Copenhagen in Denmark looked at the responses to endurance training using an interesting model. The subjects served as their own controls by having one leg train each day for 1 hour and while the other leg trained twice a day for an hour at each session every other day. All subjects ate a controlled diet with 70% carbohydrate, 15% fat, and 15% protein content throughout the 10-week study. The total amount of training undertaken was equal in both groups, and the increases in maximal workload during a progressive exercise test was equal in both as well. The biggest difference in performance was found in a time to exhaustion test while exercising at 90% of maximum power, which was increased nearly twice (190%) as long for the twice a day training group compared to the daily 1 hour training group. It is interesting to note that the resting muscle glycogen content in the leg when performing the 2nd training session in the two a day group was significantly lower at the start of each session. There were also significantly increased mitochondrial and other metabolic enzyme levels in the twice a day group leading the authors to conclude that training with low muscle glycogen content increased both the responses to endurance training and performance in a sub-maximal endurance task. (Pederson et al, 2005)

This practice seems to be supported by the records and anecdotal practice of many very successful endurance athletes including Miguel Indurain (five time winner of the Tour de France), some Kenyan distance runners, and from American professional cyclist Tom Danielson in a recent interview on Cyclingnews.com. Often, the goal of these training practices is to improve the ability to use fat as a fuel source and spare glycogen stores. There is also support for this idea in the training practices of elite athletes by looking at the distribution of their training intensity. Several studies show extremely large portions of training occurring at fairly low intensity, with just a small percentage of training actually occurring at a high intensity. The studies which have shown these practices include elite performers in cycling, running, and rowing. (Seiler and Kjerland, 2006; Lucia et al, 2007; Schumacher and Mueller, 2002; and Doust et al, 2006)

Another even more recent study using running as a training model replicated the findings of increase endurance enzyme activity after 6-weeks of training but did not find an associated improvement in endurance performance. (Drust et al, 2009) This study did not necessarily have their subjects train with low glycogen content, though, they simply did not have one group take in any carbohydrate beverage during training while the control group did. From what I see in the research, it is the training that is performed with low glycogen content in the muscles that is key to the positive signaling and adaptive responses. It is well known that reducing carbohydrate intake during training increases the body’s ability to oxidize fats. It is also well known that very high intensity training which relies almost exclusively on carbohydrate as fuel can only be performed with adequate glycogen stores. In order to maximize both performance during high intensity interval sessions and also maximize the body’s metabolic responses to endurance exercise it might be helpful to vary your training sessions relative to glycogen content.

My suggestion would be to undertake high intensity interval training with relatively high glycogen content…and ideally, to perform these training sessions in the morning. Meaning, you want to be well fueled (high glycogen content) prior to the start of your high intensity training sessions. For multisport athletes, you should vary which sports you do in these morning sessions to ensure that each sport has appropriate high intensity sessions in your workout plan. Some days the morning high intensity session is focused on swimming, some days running and some days cycling. In order to prepare for your lower glycogen content workout later in the day it is important NOT to fully replenish lost glycogen. I would recommend eating a diet containing a low to moderate carbohydrate content (around 40 to 50% of total calories) after these sessions. Then, later in the day a longer but significantly lower intensity session focused on building pure endurance should be performed later in the day with little to no carbohydrate intake during the session (0- 40 grams per hour.). After the longer session, a high glycemic recovery drink or a more typical moderately high to high carbohydrate meal should be eaten (60-70% carbohydrate content). Following this session the goal is to fully replenish lost glycogen so you are fully fueled and prepared for your high intensity training session. For athletes who only train once per day, you could modify this strategy to include a high intensity interval session on the first day and then eat the low to moderate carbohydrate meals following this session. The next day, your training session should be the low intensity longer duration workout with limited carbohydrate intake. After this session is completed, then a moderate high to high carbohydrate diet should be maintained.

*This change in training fueling strategy may take 6-8 weeks before a significant adaptation can occur.

High Intensity Training Session: Begin session well fueled with glycogen stores topped off. Finish session and do not consume a recovery drink. Instead consume a balanced meal with only 40%-50% of calories coming from carbohydrates.

Low Intensity long training session: Begin session low to moderately fueled, where glycogen stores do not need to be topped off. Consume about 20-40g carbohydrates per hour (about one serving of EFS drink) which should be less carbohydrates than you would normally consume. The goal is to exercise and finish the session with relatively low glycogen stores. Following this session immediately begin to replenish lost stores through the use of a well formulated recovery drink and/or high glycemic foods.

Racing: During your racing you should consume 50g+ of carbohydrates per hour. With proper substrate adaptation this should be sufficient to fuel you for long endurance races.
Posted by Recovox at 11:16 AM

This is a superb read and piece of work well researched and evidence supported. It goes against my learned/understanding of pretraining preparation and conditions for maximum performance achievement! I will now endeavour to incorporate this new learning into my training schedules.