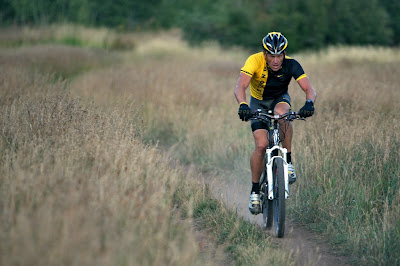 Another Tour de France is in the books, and it’s time to turn our attention to 2010. Well, almost. First, there’s another “big” goal on the horizon – the Leadville 100. Lance Armstrong will be the first rider in history to use the Tour de France as a tune-up race for the Leadville 100, and with a few weeks of rest and practice on the mountain bike, I think he has a pretty good chance of challenging six-time Leadville champion Dave Weins for the title.

In reality, while the initial plans for the 2010 season are already in the works, it’s going to be a little while before Lance and I sit down and really pore through the data from 2009. I’ve learned over the years that it’s a good idea to get some distance from the event before going back and analyzing it. Right now, it’s too fresh in everyone’s mind, and you end up micro-analyzing every little detail if you start the process too early. So, it will probably be in about two weeks, or the week before the Leadville 100, when we really delve into the details of what went right and wrong with Lance’s training this year and what we can tweak heading into next year.

One thing I know for sure is that the races Lance competed in – and the additional ones he will compete in – this year will have a big influence on his performance in 2010. I told him when we started this comeback journey that if he decided to race for two years, he would almost certainly be better in year two. With two Grand Tours in his legs, plus a bevy of shorter races, he will go into the fall and winter with a fitness level far greater than he had in the fall of 2008.

Grand Tours have always been a major component of Lance’s Tour de France preparation. Even before his first Tour de France victory in 1999, the 1998 Tour of Spain was crucial for developing the fitness and power needed to raise his performance level headed into the 1999 season.

Lance’s performance in the 2009 Tour de France was exceptional. While there are some who see his third-place finish as a failure based on the dominance he once displayed, I believe those people simply fail to grasp the magnitude of his achievement. Third place at the Tour de France this year wasn’t something we talked about as a realistic goal. At the end of the Giro d’Italia, I thought a top-10 finish at the Tour de France would be good. After seeing how well Lance adapted to the stress of the Giro and the bump in fitness that he achieved in the weeks following the race, I upgraded my expectations and thought that a top-5 finish at the Tour was within reach. I didn’t expect to see Lance standing on the podium in Paris, and the fact that he was there today bodes very well for what he may be able to accomplish in 2010.
Posted by Recovox at 9:52 AM