THE BOB ROLL REPORT: I CAN SEE PARIS CLEARLY NOW 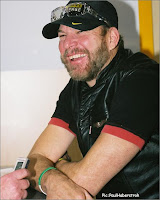 Riding into Paris after three hard weeks of bike racing is like no other feeling. It's indescribable and the best feeling that any bike racer can feel. When you see the Eiffel Tower and the Arc, the hair stands up on the back of your neck. And the thing that makes it great is that there is no pride to be found in the pack – it's all about giving thanks. Pride detests competition, humility and empathy and those are the things that the Tour de France really rewards. No other sporting event in the world can approach this measure.

The crazy part is that as soon as the peloton enters Paris, the real race is on and those last few laps are ridden at mach ten speeds. It's like a procession of survivors who are forced to withstand one more mighty hammer thrown down upon them.

As For George: I did four Grand Tours and it just about killed me. Here's George finishing his 15th Tour - incredible. I'm amazed at how strong George has remained and just as lance as often said, he is one of the most gifted bike riders in the world. His lead-out today was juicy and you saw it coming - George's payback on Garmin was beautiful. I guess this could be his last Tour de France, we'll have to wait and see...of course there's also the prospect of George riding for Lance one more time.

Biggest Surprise: How strong Lance was. It was outrageous. To wish for such a good race was one thing. To expect it was another. To make it happen is crazy! Whenever he was in trouble he found a way out - Lance has proven to be so proficient at this race it's amazing. The prospect of watching him lead his own team in 2010 already has me licking my chops.

Best Moment: For me personally it was seeing a re-run of the Dave Chappelle show on MTV when I was in my hotel room in Colmar. I needed that dose of humor after a hard day at it. As for the bike race, it would have to be the day Luis Leon Sanchez won Stage 8. It was a masterpiece of intelligence and strength and the way he dispatched his competitors was brilliant. It was probably the most beautifully tactical stage win I've ever commented on.

Worst Moment: Without a doubt that would be watching Jen Voigt's crash on Stage 16. Just horrible. It kicks you in the gut. Imagine jumping out of a car face first in your underwear at 50 mph and you have an idea of what he endured. Lucky for all of us, Jensy is a tough as nails bike racer and he'll be back. It's people like Jens that separate hardcore cyclists from the rest of mankind.

Defining Moment: When Lance fought back on Petit St. Bernard. It makes you think about Lance fighting back for his life against cancer and then you can extrapolate that forward and it really is a life lesson for all of us. We can use that example in way to get through all types of difficult situations. I mean, if he can get through this race, I can certainly get through just talking about it! It's been said a lot, in a lot of different ways, but Lance truly is a two-wheeled hope machine.

As for me, I'm still wearing them high and tight – from a work standpoint it's the only way to survive. This has been a great Tour, but like always, I'm ready to move to Tahiti. Tonight I plan to go commando style. I plan to go ape shizzle through Paris before I hit the hay with my boots on and then make my plane in the morning.
Posted by Recovox at 8:53 PM