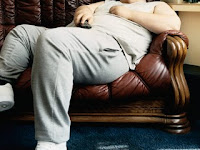 Obesity rates in the United States rose 37 percent between 1998 and 2006, driving an 89 percent increase in spending on treatments for obesity-related diseases such as diabetes, heart disease and arthritis, according to a recent study published in Health Affairs.

Obesity now accounts for 9.1 percent of all medical spending in the United States, up from 6.5 percent in 1998.

"What we found was the total cost of obesity increased from US$74 billion to maybe as high as US$147 billion today, so roughly double over that time period," said Eric Finkelstein of the non-profit RTI International, who, along with researchers at the U.S. Centers for Disease Control and Prevention (CDC), analysed medical cost data with the Agency for Healthcare Research and Quality.

According to a recent Reuters report, an obese Medicare beneficiary spends US$600 more a year on drug costs than a Medicare patient of healthy weight.

The CDC's new obesity prevention strategies aim to address issues such as a lack of access to healthy food in poor neighbourhoods and sedentary lifestyles that contribute to America's obesity epidemic.

"It is critical that we take effective steps to contain and reduce the enormous burden of obesity on our nation," Dr. Thomas Frieden, director of the U.S. Centers for Disease Control and Prevention, told a news conference at a CDC obesity meeting where the study was presented. "Reversing obesity is not going to be done successfully with individual effort. It will be done successfully as a society."

He said adding a tax to soft drinks might curb consumption, but that was not a position held by the Obama administration.

Obesity-related diseases account for nearly 10 percent of all medical spending in the United States or an estimated US$147 billion a year, U.S. researchers said Monday.

They said obese people spend 40 percent more -- or US$1,429 more per year -- in healthcare costs than people of normal weight.

The CDC outlined 24 new recommendations on how communities can combat obesity in their neighborhoods and schools by encouraging healthier eating and more exercise.

More than 26 percent of Americans are obese, which means they have a body mass index (BMI) of 30 or higher. BMI is equal to weight in kilograms divided by height in meters squared. A person 5 feet 5 inches tall becomes obese at 180 pounds (82 kg).

For more information, visit www.cdc.gov/obesity.
Posted by Recovox at 5:37 PM

These study results are pretty interesting... it says 62% of Americans are obese... and most "healthy weight" Americans feel that overweight individuals should pay higher insurance premiums. http://mediacurves.com/HealthCare/J7474b-FatTax/Index.cfm

One main problem when it comes to health issues is obesity, cause by eating disorder, and unstoppable food cravings. There is now a method that can help stop food cravings, lose weight and help you feel better overall. Emotional Freedom Technique (EFT) is which allows you to work through emotional eating by self-administered acupuncture, without needles. If you have been using food to "tranquilize" years of past emotional hurts, then you may find EFT for to be your best friend.

Having EFT training& EFT training manual and using EFT for 1 or 2 minutes can arrest your cravings in an estimated 80% of the cases. Thus, you may no longer need to "eat when you are not hungry." It usually gets rid of immediate cravings for sweets, cigarettes, alcohol, etc in short order. When that doesn't happen, there is almost always a deeper issue behind the craving.