A chat with Chris Horner – riding for Vino? 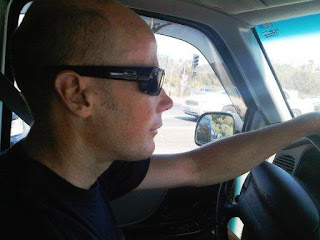 Got a chance to speak to super good dude Chris Horner on Tuesday, he’s in San Diego spending time with his kids, his girlfriend Megan, and busy training. Horner is a long-time professional renowned for his selflessness on the bike, his dedication to training, and his willingness to suffer at the front for hours.

He seemed in good spirits but certainly would have preferred to be racing in the Tour de France with his Astana team, saying, “I miss being there, I wanted to be there, obviously…I miss the experience of it, which I really enjoy.” Horner reflected on how while others normally rested at the Tour he truly enjoyed the media spotlight and the constant interviews. “I take that all in, I love every moment.”

Chris is currently focused on a trip to Chicago for the upcoming Chicago Criterium (July 26), followed by the Tour of Elk Grove, and the Tour de l’Ain. Ultimately Horner heads to the Vuelta a Espana stage race which starts August 29th.

When asked about the Chicago race, where he finished fourth last year, Horner reflected that it was one of the hardest single-day races in recent memory. “That wind and the heat, it was really hard!” His upcoming expectations for the 1.1 mile long course, which runs along famous Michigan Avenue and in front of many of Chicago’s most popular landmark’s, will be “as hard or harder than last year,” he said, “it’s Chicago, its always windy and I expect it to be hot.”

Horner will head to the Vuelta a Espana not certain of his team leader, admitting that he expects Alexander Vinokourov to potentially be Astana’s GC contender. The rumors are still ripe about how Team Astana will evolve post Tour de France, Horner just wants to continue to do his job.

Horner is a rider with few weaknesses: a climber, a rouleur, and a relatively strong time trialist. He would love the opportunity to take the GC reigns at some point, but for now he is content riding alongside many of the world’s best riders and guiding them to victory.

Horner has ridden in support of all three.

Horner briefly reflected on Levi Leipheimer at the Tour, his roommate at most races, and said that he expects the Tour of California champion will be spending a lot of time on the front in the final week. “Levi will be on the front a lot …he and Popo are going to have to protect Lance and Contador. He will sacrifice his own GC chances. They are the main two guys who will be there at the end.”
Posted by Recovox at 4:31 PM