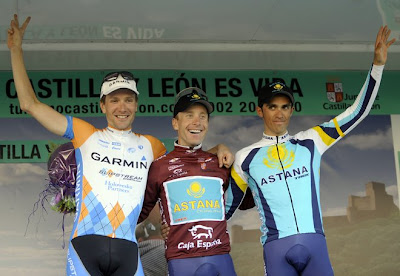 The Astana captain finished safely in the bunch in Friday’s final stage behind winner Alejandro Valverde (Caisse d’Epargne) to wrap up the overall victory in the five-day stage race across northern Spain.

“Obviously, it’s a good start to the season, couldn’t be any better,” Leipheimer said. “(The victory) was a little unexpected. After California, I was slowed down a little bit by that fracture, but now we see the silver lining in that. Not having done Paris-Nice has afforded me the energy to have won here, so that’s the good thing.”