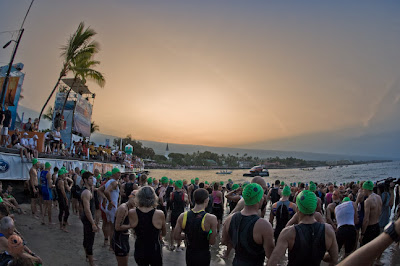 Anemia has been identified as the most common medical condition among athletes. It is more common in females than males and especially in female athletes.

Anemia is said to occur when the concentration of haemoglobin falls below that specified as normal for the individual's age and sex. Athletes who subject themselves to prolonged, strenuous exertion (for example, by daily endurance training) may develop a degree of anemia.

Iron deficiency is the most common form of true anemia among athletes. Stores of iron are depleted before clinical signs show. Iron occurs in small quantities in the body, totaling about 1.5-1.75 oz (4-5g) in the adult. It is required not only for the manufacture of haemoglobin, but also for that of the related compound, myoglobin, found in muscle tissue. Both these substances bind oxygen and play an important role in its transport. Iron is mainly stored in haemoglobin(64%) and bone marrow(27%). Iron deficiency anemia is most prevalent among menstruating women and males between the age of 11 and 14.

Three conditions occur during anemia: erythrocytes (red blood cells) are too small, haemoglobin is decreased, and ferritin concentration is low. Ferritin is an iron-phosphorous-protein complex that normally contains 23% iron. There are many ways that athletes can be iron deficient. Gastrointestinal (GI) losses are common in runners because of bowel ischemia. Aspirin or non-steroidal anti-inflammatory drugs (NSAIDS) may cause cause GI blood loss. Runners absorb 16% of iron from the GI tract as compared with 30% in non-athletes who are iron deficient. Menstrual losses account for most iron loss in female athletes. Average menstrual iron loss is 0.6 to 1.5 mg per day. Inadequate dietary intake of iron is the primary cause of iron deficiency. The recommended daily allowance (RDA) is 15 mg per day for females and 10 mg per day for males. The average diet contains 5 to 7 mg or iron per 100 kcal. Because female athletes often eat less than they need, they also fail to consume enough iron. If the athlete is a vegetarian they may run the risk of lacking in iron.

Anemia can be confirmed by measuring the hemoglobin levels of the body. An iron deficiency can be identified by blood cell analysis and by determining the serum ferritin level and , if necessary, the amount of haemoisderin in the bone marrow. Young people store only small amounts of iron, and low serum ferritin levels are therefore normal in individuals under the age twenty. The examining doctor needs expert knowledge in order to be able to decide whether or not an apparent iron deficiency is really significant. On the whole, it is not most common for adults on a well-balanced diet to suffer from iron deficiency.
Posted by Recovox at 12:29 PM

Am Richard, I am here to testify about a great herbalist  man who cured my wife of breast cancer. His name is Dr Imoloa. My wife went through this pain for 3 years, i almost spent all i had, until i saw some testimonies online on how Dr. Imoloa cure them from their diseases, immediately i contacted him through. then he told me the necessary things to do before he will send  the herbal medicine. Wish he did through DHL courier service, And he instructed us on how to apply or drink the medicine for good two weeks. and to greatest surprise before the upper third week my wife was relief from all the pains, Believe me, that was how my wife was cured from breast cancer by this great man. He also have powerful herbal medicine to cure diseases like: Alzheimer's disease, parkinson's disease, vaginal cancer, epilepsy Anxiety Disorders, Autoimmune Disease, Back Pain, Back Sprain, Bipolar Disorder, Brain Tumor, Malignant, Bruxism, Bulimia, Cervical Disc Disease, Cardiovascular Disease, Neoplasms , chronic respiratory disease, mental and behavioral disorder, Cystic Fibrosis, Hypertension, Diabetes, Asthma, Autoimmune inflammatory media arthritis ed. chronic kidney disease, inflammatory joint disease, impotence, alcohol spectrum feta, dysthymic disorder, eczema, tuberculosis, chronic fatigue syndrome, constipation, inflammatory bowel disease, lupus disease, mouth ulcer, mouth cancer, body pain, fever, hepatitis ABC, syphilis, diarrhea, HIV / AIDS, Huntington's disease, back acne, chronic kidney failure, addison's disease, chronic pain, Crohn's pain, cystic fibrosis, fibromyalgia, inflammatory Bowel disease, fungal nail disease, Lyme disease, Celia disease, Lymphoma, Major depression, Malignant melanoma, Mania, Melorheostosis, Meniere's disease, Mucopolysaccharidosis, Multiple sclerosis, Muscular dystrophy, Rheumatoid arthritis. You can reach him Email Via drimolaherbalmademedicine@gmail.com / whatsapp +2347081986098    Website-http/ www.drimolaherbalmademedicine.wordpress.com