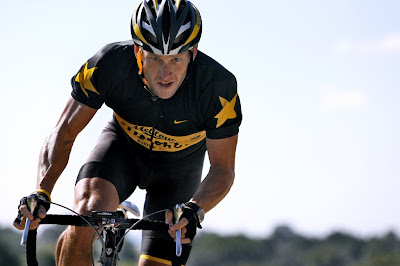 The Tour of the Gila promoter Jack Brennan confirmed that Lance Armstrong and his Astana teammates Levi Leipheimer and Chris Horner will get to race in this week's race in New Mexico after all. USA Cycling worked out an agreement with the UCI, who had earlier denied them permission to do the race because the world body's rules prohibit top-level riders from entering national-level races.

"USA Cycling was responsible for making this happen," Brennan said. "I got a call that there was a problem with Astana showing up, and I e-mailed Sean Petty who was in Europe at UCI meetings. I also e-mailed Steve Johnson on Sunday and spoke with him a few times. They began to resolve this issue with the UCI right away."

Petty was able to work out a solution with the UCI which would permit only three riders from the same professional team to race under a neutral jersey for the national-level event. The agreement will also apply to the BMC Racing Team which, as a Professional Continental squad, falls under the same UCI regulation. Third division continental teams do not fall under the rule and are allowed to race national events with a full squad.

Brennan hopes that a permanent agreement can be worked out to allow top riders into the race in the future. "They all agreed that a solution needs to be worked out so this doesn't happen again."

Horner confirmed to Cyclingnews that the three had already made alternate plans for the week, and had to change their plans when they were allowed to race at the last minute. "I had my bags packed for Aspen and then I got the call from Johan and he said 'you're going to Gila instead.' I really don't know much more than that right now. I'm under the assumption that I'll be be racing the Mellow Johnny's jersey."

The Tour of the Gila is in its 23rd year but was threatened by extinction when it was lacking sponsorship earlier this year. A groundswell of support saved the race and SRAM stepped in as a title sponsor. Brennan said that having the sport's biggest stars at his race will be a huge benefit.

"Having Armstrong, Leipheimer and Horner at Gila? It's an honour, a big honour. We have a really great race in place, a great organization and great community and state support. Yes, I think there will be a lot more crowds and we have been preparing for them."
Posted by Recovox at 11:08 AM