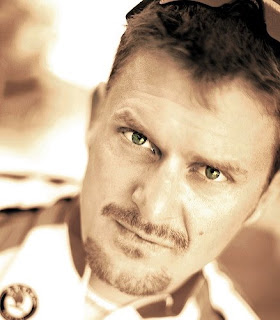 Floyd Landis is three months into his return to the professional peloton. He's riding with the American O.U.C.H. Team presented by Maxxis and he is riding on a surgically resurfaced hip joint from an operation at the end of 2006. Bicycling spoke with Landis recently and, according to him, the hip has held up "very well" so far. He says it's 100 percent and that sometimes, he forgets which hip he had surgery on.

As for the results from his return to racing, Landis is a little cooler saying they are "pretty good." He showed some flashes at the Tour of California, but admitted it was harder to jump back into racing than he thought it would be. It was an up-and-down first major race back for Landis and he finished 23rd, over 10 minutes behind race winner Levi Leipheimer. Since then, he's finished 40th at the Tour of Mexico, dropped out of the Redlands Classic (a major NRC stage race), and did not start at the Tour of Battenkill on April 19. Still, Landis maintains he's just happy to be back and plans on continuing to ride and support his team in any way he can.

"It was just great to get back out there," Landis said. "It's been great to be back around the guys, and the fans were all great in welcoming me back."

As for his form and results, Landis's power numbers this season have been almost identical to his pre-surgery numbers, though he quickly adds, "you wouldn't know it from the results, and I ride with power meters and computers a lot less than I used to."

But he said he is feeling better and is still focused on racing. "I want to do the Tour of Utah, Missouri, the U.S. Pro, some one-day races and some crits," he said. Landis will also race alongside former U.S. Postal Service teammate Lance Armstrong at the Tour of Gila in New Mexico from April 29 to May 3. And the Tour de France?

That eventuality depends on a number of factors outside his control--like the willingness of the Tour owners to allow his return, and his ability to sign with a Pro Tour team that gets invited. Obviously, a lot has changed for Landis since he stood atop the podium at the Tour de France, and much of it not for the better. His Tour title was stripped, he served a doping suspension and his name will most likely be shamefully linked with Tour history forever.

But there is one positive change in Landis's life. The Birmingham Hip Resurfacing procedure he had done in October of 2006 allows him to do the one thing he has always loved: ride bikes.

When news broke during the 2006 Tour de France that an arthritic hip was causing Landis pain, many questioned whether the joint would quickly deteriorate to the point that he would never race again. Landis endured and went on to win that Tour. When the dust settled after the summer of '06, Landis was left facing a two-year ban from the sport and a hip that was, in essence, dying. He turned his focus to his medical options.

"It was a really bad aching pain. It effected how I felt, but not really how I pedaled," said Landis. "I did a lot of research and got a lot of advice on what my best next steps would be before settling on the Birmingham Hip."

Birmingham Hip Resurfacing system is a procedure that is an alternative to a traditional hip replacement surgery. Dr. Andy Chao was the lead surgeon on the then state-of-the-art procedure that Landis hoped would give him the best chance to return to pro racing. Dr. Andy Pruitt of the Boulder Center for Sports Medicine diagnosed Landis's arthritic hip in the winter of 2005 and talked to Bicycling about the Birmingham Hip.

"The main difference between a traditional hip replacement and B.H.R. is that with B.H.R. you spare more bone in the femur," said Pruitt. "We are all watching to see how it holds up for someone at his level of athleticism. But it's a superb choice for a younger person with hip arthritis looking to continue an active lifestyle."

Pruitt noted that the incision necessary to do the procedure is exactly the same as in a traditional hip replacement, so it's not less invasive in that regard. He also added that once a patient has B.H.R. done, he is committing to subsequent surgeries and complete hip replacement somewhere down the road. Nonetheless, "it's a great solution," said Pruitt.

So with a new hip, a new take on racing and riding and the support of his fans and one of the top teams in America, Floyd Landis is focused on the future.

"What you have been through in your life is what makes you who you are. I've been through a lot in the last few years," Landis said. "But it is nice to be back out there racing again, and I'm more excited than I was in 2006 when I took a lot of this for granted."
Posted by Recovox at 2:28 PM