Rock Racing pulls out of Gila as funds dwindle 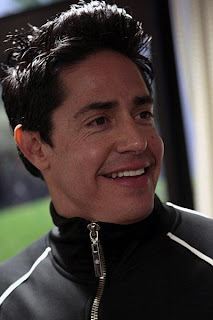 Rock Racing's financial difficulties have force them to pull out of the upcoming Tour of the Gila, set to begin on April 29 in Silver City, New Mexico. "There just isn't enough money for us to be able to get there," team owner Michael Ball said.

The Rock'n'Republic jeans manufacturer owner is having to tighten his belt as the economic crisis impacts company sales. Earlier in the year Ball admitted the team would require another sponsor for its full roster and season to be guaranteed.

"We might try to do some other events," said Ball. "Gila is too expensive for us. We need to tighten the belt."

Rock Racing had enlisted a strong line up for the race which included US National Criterium Champion Rahsaan Bahati, Jeff Eckert, Danny Finneran, Sergio Hernandez and Nick Sanderson. Michael Creed, Chris Baldwin and Cesar Grajales were also expected to take part, but have since been 'let go' from the amateur squad due to budget cutbacks.

The team is confirmed to compete in the Tour of Columbia, the Tour of Missouri and TD Bank Philadelphia Championship, according to Ball. "We will still be out there racing but we have select races that have the best return for the sponsors," Ball said. "A year ago I threw money at the team and now it's different - very humbling."

The team's website has received a makeover, which includes the slogan 'Rocks not dead - brace yourself'.
Posted by Recovox at 9:16 PM