Lance Versus France (All Over Again) 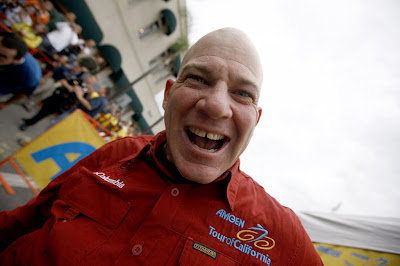 Lance Armstrong has made international headlines once again. No it wasn’t about anything race related or an update on his collarbone injury or even anything to do with his cancer initiatives; instead it was about his “behavior” during a recent unannounced drug test on March 17.

It is not a surprise to anyone that Lance Armstrong and the French have once again agreed to disagree. At issue this time is an alleged example of misconduct on Lance’s part during a surprise out of competition collection of samples used presumably to determine if any doping products are found in an athletes system. Since his return to the sport Lance has provided 24 anti-doping samples. The first 23 proceeded without incident and more importantly without any doping products found in Lance’s system. The one difference between the others and the 24th anti-doping procedure was that it was the first one conducted in France.

During Lance’s recent training excursion in France he was visited by an employee of the AFLD. The AFLD is the French laboratory itself that tests the samples of athletes’ urine, blood, and apparently now hair follicles. During this test for the first time that anyone is aware Lance was asked to provide a sample of his hair. Since the governing bodies such as WADA and the UCI normally conduct the tests there was some confusion as to the validity of this person’s credentials. As soon as his credentials were verified the tests were conducted without any impropriety whatsoever. Most importantly and strangely least reported was that all of the samples provided by Lance were found to be negative, meaning there are absolutely no illegal substances in Lance Armstrong’s body. The headlines however tell a much more intriguing and scintillating tail.

The French now claim that Lance stalled the testing procedure. Lance fired back today and explained that he asked if it was ok to take a shower while the person’s credentials were checked out with his team manager Johan Bruyneel. Lance came out after his shower and the test took about an hour and a half. There was a form that asked the tester to state if there were any irregularities or further observation fro the testing process and to that he wrote “no”. But now that the tests have comeback negative they are now saying that this 20 minutes delay should be investigated.

The fact that Lance Armstrong has passed 24 anti-doping tests with zero evidence of many doping products does not sell newspapers as well as inaccurate and misleading headlines. Nobody would be surprised that Lance has been singled out by the French for persecution. But what is amazing is that the French continue to portray Lance’s cycling endeavors as anything less than 100 percent authentic legal and above reproach. What’s always amazed me is that in spite of many thousands of negative doping tests and absolutely no evidence that Lance has ever doped the French continue to promote an environment of suspicion and intrigue. As all sports struggle for credibility I’m amazed that the overwhelming evidence that Lance has never cheated is disregarded in favor of innuendo, half-truths, suspicion, and outright lies.

One has to wonder how much patience a person like Lance will continue to have when the people that run the biggest and best bike race in the world will continue this environment of injustice specifically targeted at Lance himself. Although the initial headlines could lead one to suspect that Lance is once again the central figure in our tragic drama about doping in sports nothing is further from the truth. Hopefully once the facts are revealed and the dust settles down it will be obvious that no inappropriate behavior was shown by Lance in his latest encounter with the French anti-doping authorities. Will the actual facts restore the credibility of cycling? The problem is that’s rather doubtful and the French continue to tolerate a level of unawareness for fair play and justice that is very contrary to the American ideal. In the meantime lets hope that the truth is revealed, the cheaters get caught, and that the laws of are applied consistently and with respect to the procedures and protocols in place for all athletes. It doesn’t seem as if the French have reached the same conclusion just yet. Let’s hope Lance’s patience will outlast the French authorities obvious suspicions and systems of mismanagements and poor judgment. For us Paris-Roubaix is right around the corner and another showdown between quickstep and the whole world. Perhaps newspapers will be sold based on the racing rather than scurrilous headlines.
Posted by Recovox at 10:50 PM