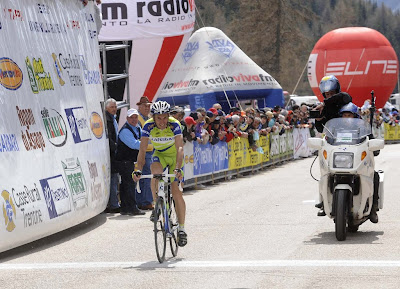 Although Basso's move shaped the racing in the second stage of the event, it was little known Polish rider Przemyslaw Niemiec (Miche) who took the win in Alpe di Pampeago after 141km of action.

Basso's second place behind Niemiec saw him move up into second overall in the general classification, just two seconds behind race leader Janez Brajkovic (Astana). It proves that Basso's preparations for next month's Giro d'Italia are now firmly on track.