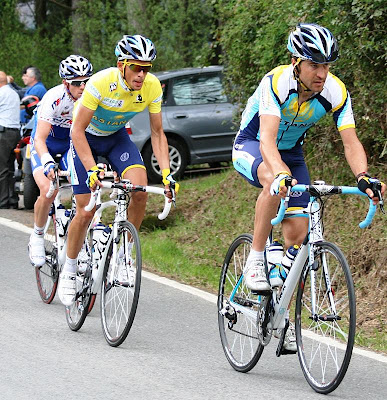 The break reached a maximum advantage of 7:45 before the efforts of Euskatel-Euskadi and Caisse d'Epargne reduced the lead to 1:25 at the finish.

None of the riders in the break were threats to the overall lead of Alberto Contador (Astana) who retained his slim lead over Samuel Sánchez (Euskaltel - Euskadi).
Posted by Recovox at 11:16 AM