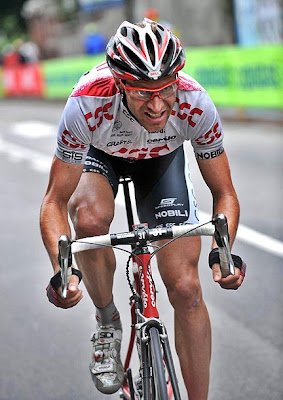 Stage racing is the ultimate test of a road racers repertoire. No matter your category or age there is a stage race to test your mettle. On the eve of the centenary Giro D’Italia we are reminded of the pure athleticism of multi-day racing. It’s a fair guess that, at some point, we all fancy ourselves stage race material, but what is stage race material and how do you prepare for YOUR grand tour?

Numerous studies have tried to quantify the demands of Stage Racing. Most have used professionals, or high level elites as subjects. While there isn’t a purely linear relationship between the demands of a multi-day professional race and your upcoming weekend omnium, they do offer some useful perspectives on what might be lurking.

Physiological Demands
By any measure a stage race represents a significant effort. The International Journal of Sports Physiology and Performance published a study that looked at the power demands for three common stage formats: hilly, flat, and criterium. Granted these are professionals, but there are some interesting reference points. For example they found that criteriums displayed the highest mean average power output and race time spent above 7.5W/kg (262W/15.5%) versus hilly (203W/3.8%) and flat (188W/3.5%) stages.

Another relevant finding for the aspiring stage racer was the observation that during each stage the riders have between 20 (hilly), 40 (flat) and 70 (criterium) efforts above their maximal aerobic power (MAP/Vo2max), with a typical duration of 6-10 seconds. These efforts over the course of a four, five, or ten stage race can create a substantial training stress.

Another study, published by The British Journal of Sports Medicine, looked at the differing demands of 5, 8, and 21 day stage races. It was shown that professional racers can spend upwards of 31 minutes per stage above their ventilatory threshold (defined as ranging from 73-90% of VO2peak). Total time above VT was higher in the 5-day (31 minutes/stage) and 8-day (28 min/stage) than the longer 21-day race (14min/stage).

These trends are especially important as one begins to prepare for their own event. While your race may not require 30+ minutes above VT each day in the aggregate, it will probably require a similar percentage of time spent at that intensity relative to your race duration and category.

For example if an average 4-day professional stage race like the Giro del Trentino lasts approximately 12-14 hours that means the riders will spend roughly 14-16% of the race above VT. For an amateur competing in a four day race that takes 10 hours they can expect to spend approximately 1.5 hours above their VT. When planning for your race it is a fair assumption that your physiological demands will fall somewhere close to this target, giving you a clue about what you need to be training towards.

Monotony Defined
Another concept to raise when dissecting training and racing requirements for stage races is the concept of training monotony. Monotony is simply defined as the relative variation in training load/intensity from day to day, while strain is the cumulative effect of both training load and monotony. Dr Carl Foster put forward the idea in 1998 as a way to help monitor overtraining.

Monotony is usually measured as the daily mean training load, divided by the standard deviation (Training Load/SD), and has been shown to have a high correlation to the onset of illness and/or overtraining. Stage racing has a high monotony rating due to the continually high training load and low recovery time. The same concept can apply to your overall training. For example, if all you ever do for training is ride at the same pace (whether hard or easy) every time, then you have a high monotony rating compared to somebody who has a progressive series of workouts from endurance through to sprints and intervals.

Indeed, Rodriguez-Marroyo et al in their study of 5-day, 8-day, and 21-day stage races calculated the monotony, and found that while it averaged about 3.0 for each of the race lengths (meaning there wasn’t much difference in training load from day to day, eg no recovery) the total strain (Training Load x Monotony) was about three times higher in the 21-day SR. So we see that the longer a stage race lasts the more total strain it creates, this despite the lower total time spent above ventilatory threshold per stage.

This is important as in general maintaining a low monotony training plan is better for the long term development of an athlete versus a high monotony program, which may prove unsustainable. Instead athletes can vary their training load (volume and intensity) from day to day while still attaining the necessary total volume to approximate the upcoming race.

Training Modifications – The Weekend Stage Race
By far the most common stage race format for amateurs is the two-to-three day event.
These events will often have a road race, time trial and criterium to determine the final general classification.

For the most part the training for a weekend stage race is not much different than the training for the typical two-race weekend that many racers enjoy. That is to say you don’t have to do a highly specialized block of training to perform well. It is more important to arrive at the start line well rested and ready for the demands of the individual stages to come.

In training you should try to replicate the expected intensity demands of the individual stages, rather than the total training stress of all stages. If there is a criterium you can expect to have approximately 1x 6-10 second effort above MAP per minute of racing. You can also predict that you will have approximately 15% of your total race time at high intensities (above threshold) for a given road stage, and substantially more for time trials.

If we approximate amateur workloads, based on the Coggan power profile, at between 3.5 and 4.5 W/kg at threshold then similar percentages of time below these values can be expected in races (eg 85% of time below LT power, 15% at or above LT power)

Training Modifications – The Multi-Day Stage Race
When stage races extend to four, five and six days, there is a necessary adjustment in one’s preparation and training for the event. One of the main adjustments, in addition to specificity, is to approximate the total workload of the event in an effort to help your body adapt. There is the caveat of monotony and strain to consider, however.

For longer stage races it may be wise to undertake one or two ‘overload’ blocks during your preparation. That is to say you should plan to do some race simulation blocks that will stress the body and allow for super-compensation to occur. These blocks should be at least 3-4 weeks apart, and the last should end at least two weeks before the start of your race so that you can taper properly beforehand.

Summary
Stage Racing is considered the top step on the competition ladder for road cyclists. It demands repeated high intensity efforts, often above ventilatory threshold, for extended periods of time, the ability to compete across disciplines and terrain, and exceptional aerobic endurance to sustain a high volume of sub-threshold workloads during long stages.

Special consideration of the training monotony and strain must be addressed to help the athlete avoid overtraining and illness in preparation for longer stage races. It is common to schedule several ‘overload’ periods in the lead up to the event. The last of these should be completed approximately two week prior to the start of the targeted event. Remember that every athlete is different and experimentation with training load, recovery, and optimal preparation strategies are essential to find the right mix for your success.

About Matt McNamara:
Matt McNamara is a USA Cycling Level 1 coach with over 20 years of racing, coaching and team management experience. He is the founder and President of Sterling Sports Group, an online and real world coaching and training company located in Northern California. Sterling Sports Group is focused on creating a seamless interface between athlete and coach, technology and personal attention. Visit him online to learn more at www.sterlingwins.com.
Posted by Recovox at 11:13 AM