Lance Armstrong In For The Giro 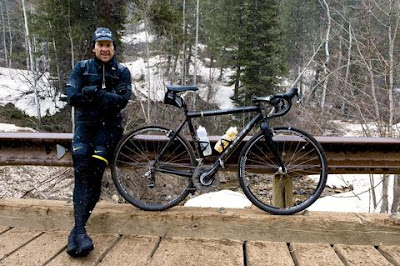 Lance Armstrong is back to training in Aspen normally after recovering from a fractured collarbone sustained in a crash in the Castilla e León on March 23. His plans to compete in his first Giro d'Italia have gone unaltered since his surgery to repair the break, Armstrong said Friday.

"I fully anticipate being there [at the Giro], and being strong and fit and ready to race. I don't know if that means victory in the overall, but with the setback I have to reconsider things a little bit, but I can't complain. I feel strong and motivated to race there."

The 2009 Giro d'Italia route originally was to cross into France on stage 10, May 19, where Armstrong may have faced problems with French anti-doping officers. The Giro d'Italia announced on April 8, one day prior to the AFLD news, that the stage had to be altered due to snowfall.
Posted by Recovox at 5:53 PM