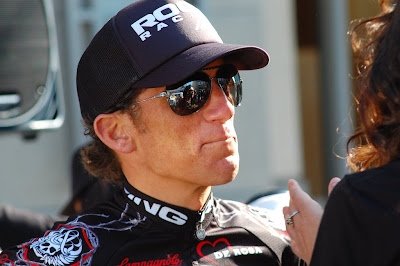 When he was at the top of his career, Tyler Hamilton became a hero for gritting his way through two Grand Tours with broken bones to finish on or near the podium. Few people knew that in the height of his fame, he was suffering from a deep depression. His condition only became public on Friday after the American announced he had tested positive for a banned steroid, DHEA, which was an ingredient in a homeopathic supplement he was taking to treat his condition.

Hamilton's mental state hit bottom at a time when he had just garnered some of the finest results of his career. He had ridden to second place overall in the 2002 Giro d'Italia, despite riding with a fractured shoulder from a dramatic crash on stage five. The next year he rode to fourth overall in the Tour de France, and took a solo stage victory while riding with a cracked collarbone.

"The best year of my life, in 2003, when I should have been on cloud nine was when I was the most depressed," said Hamilton. He returned to the USA at the end of that season as a national icon. He was given a hometown parade along with invitations to pitch the first ball at a Boston Red Socks game and ring the opening bell on Wall Street.

"I was back home in Marblehead and I couldn't get out of bed. I've been dealing with it my whole life. It is a disease I've had for a long time. I don't want people to think I'm just this weak person who is going through what everyone else goes through when divorce and cancer happens in the family. This is more. I'm dealing with it head on right now. This is my primary focus."

According to Hamilton, depression is a genetic disease that runs in his family. "My grandfather and grandmother, my mother and sister all suffer from depression," said Hamilton who's grand mother committed suicide when his mother was thirteen. "People weren't treated for depression when my mom was a kid, if they were depressed they were just crazy. Depression doesn't get talked about a lot but it is a serious disease. I have seen personally what it did to my mother and it is the most important thing in my life."

Hamilton noted that depression goes generally unnoticed in athletes because of their ability to handle high physical expectations. "As an elite athlete, the public expects you to have perfect physical condition and also a perfect condition mentally, but that is not always the case," said Hamilton who claims only his closest friends a relatives new about his depression. "Athletes don't talk about it because it is a sign of weakness. It is nothing to be ashamed about, it's a disease. It effects lives and can take lives."

According to Hamilton, he has been treated for clinical depression for six years. Now that he has decided to retire, his primary focus is to improve his mental health and raise awareness for athletes who suffer from the same disease.

"I kept it quiet with my team, to be a strong teammate and to show that I was strong and not weak. I wanted to be a good leader and know that they always count on me. The older guys can take care of themselves but I wanted to be there for the younger guys. I'm sorry to everyone on my team, staff, riders and Michael. To the whole cycling world – I'm sorry for this situation."
Posted by Recovox at 12:25 AM