The Disgusting Truth about Sports Drinks 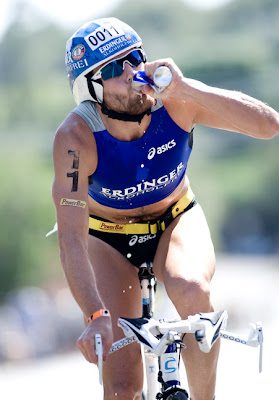 Dental experts placed teeth in sports drinks and in water to compare the effects, and they found the sports drinks caused corrosion that could result in severe tooth damage if left untreated.

The researchers cut calves' teeth in half and immersed each half in either a sports drink or water. They compared the results after 75 to 90 minutes. The erosion on the half placed in the sports drink was clearly visible -- dozens of tiny holes appeared. There was no damage on the half that was immersed in water.

Brushing teeth immediately after the drinks would actually compound the problem, because the citric acid in the drink softens tooth enamel, leaving it vulnerable to abrasive brushing.

Sports drinks bring in over $7.5 billion a year, touting benefits like improved athletic performance, increased energy and superior hydration during exercise. Because of their glitzy marketing campaigns, which often feature celebrity athletes, many people are under the impression that these drinks are healthy and essential during or after a workout.

What they don’t advertise is that sports drinks are up to 30 times more erosive to your teeth than water. And as this latest study pointed out, brushing your teeth won’t help because the citric acid in the sports drink will soften your tooth enamel so much it could be damaged by brushing.

Sports drinks have high acidity levels to extend their shelf life (as do soft drinks). That can be especially problematic for a sweaty athlete with a dry mouth who can't produce enough saliva to regulate and protect his mouth from the acidity.

So when you drink a sports drink, it’s not an exaggeration to say it’s akin to spraying a fine layer of corrosive acid over your teeth. Further, the “benefits” are not much different than drinking a can of soda.

Why Sports Drinks are Not a Healthy Choice

The leading brands of sports drinks on the market typically contain as much as two-thirds the sugar of sodas and more sodium. They also often contain high-fructose corn syrup (HFCS), artificial flavors and food coloring, none of which belong in your body,.

For those of you who are exercising to lose weight, you should also know that sports drinks are usually anything but low calorie. There is a perverse irony of people who are working hard exercising to burn off calories, only to be slurping down more calories and HFCS, which is linked to obesity, while they’re working out.

One study from the University of California at Berkeley's Robert C. and Veronica Atkins Center for Weight and Health even found that students who drink one 20-ounce sports drink every day for a year could gain 13 pounds!

And although these drinks are often referred to as “energy” drinks, in the long run the sugar they contain does just the opposite. It acts like an H-bomb -- a quick explosion of energy followed by a plummeting disaster, as your pancreas and other glands do all they can to balance out the toxic stimulation to your blood sugar.

And if your sports drink is low calorie and sugar-free, be warned that it likely contains an artificial sweetener, which is even worse for you than high-fructose corn syrup or sugar.

Most also contain loads of processed salt, which is there to replenish the electrolytes you lose while sweating. However, unless you’re sweating profusely and for a prolonged period, that extra salt is simply unnecessary, and possibly harmful.

Additionally, because salt intake typically increases your thirst, drinking most sports drinks will NOT quench your thirst while you exercise. It will instead make you want to drink more.

In many ways drinking sports drinks is not a whole lot better than chugging a can of soda after your workout.

Are Sports Drinks Ever Useful?

Less than 1 percent of those who use sports drinks actually benefit from them.

If you exercise for 30 minutes a day, at a moderate intensity, water is the best thing to help you stay hydrated. It’s only when you’ve been exercising for longer periods, such as 60 minutes or more, or at an extreme intensity, such as on a very hot day or at your full exertion level, that you may need something more than water to replenish your body.

Again, the only time you should resort to these drinks is after vigorous exercise, such as cardiovascular aerobic activity, for a minimum of 45 minutes to an hour, and you’re sweating profusely as a result of that activity.

Anything less than 45 minutes will not result in a large enough fluid loss to justify using these high-sodium, high-sugar drinks. And even if you’re exercising for more than an hour, I still believe there are far better options to rehydrate yourself, such as fresh coconut water.

Fresh coconut water is one of the highest sources of electrolytes known to man, and can be used to prevent dehydration from strenuous exercise or even diarrhea. Some remote areas of the world even use coconut juice intravenously, short-term, to help hydrate critically ill patients and in emergency situations.

So for most average exercisers and athletes out there, sports drinks are a waste of your money. Your best bet for your primary fluid replacement remains pure, fresh water.
Posted by Recovox at 7:48 PM