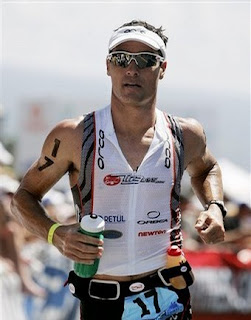 The second Ironman 70.3 Boise was a record-setting; with the race starting at 2 p.m., it was the first 70.3 to kick off well into the afternoon (a blessing for athletes looking for a little morning sleep-in). It also produced one of the most exciting finishes of the season.
The men’s race saw a main pack of hitters out of the water including Americans Brian Lavelle and Chris Lieto, Hawaii Ironman world champ Australian Craig Alexander and country mate Joe Gambles.

With heavy winds and light rains adding to his advantage, bike powerhouse Lieto used a new prototype Trek TTX to put his stamp on the race by ripping out to a 2:04:27 bike split. Lieto entered T2 with a six-minute lead.

Alexander quickly separated himself from his fellow chasers in the opening miles of the run and began pursuit of his sole target up the road in Lieto. Alexander carved a minute from the lead in the first two miles before Lieto turned up the gas and mitigated his losses through the 13.1-mile run. At mile 11, Lieto had a 1:45 lead on Alexander, and things seemed in hand for Lieto.

“On the straight to the finish with 500 meters left people were yelling, saying ‘he’s coming up out of nowhere, he’s 45 seconds behind me,” Lieto said. “We were both sprinting, and he nipped me at the line.” Lieto collapsed across the finish line. “Crowie just told me he ran his last mile in 4:48,” Lieto said. “It’s frustrating; I thought I had him, and I never let up, never thought I was going to win until I was across the finish line. He’s the only guy I know who knows how to dig; whatever it takes to win, he does it.”

The women’s race saw Brooke Davison out of the water first in 26:38, but her lead was quickly supplanted by up-and-coming French Canadian Magali Tesseyre, who blazed out to a seven-minute lead over the closest chaser, LifeSport teammate Linsey Corbin. Former Ironman 70.3 world champ Samantha McGlone chased in third a few minutes behind Corbin.

The lead off the bike would be all Tesseyre would need, but she further padded her lead on the run, turning in a 1:24:31 half marathon to take her first Ironman 70.3 title. Corbin took second and McGlone took up the final podium placing.

great article thanks for sharing...