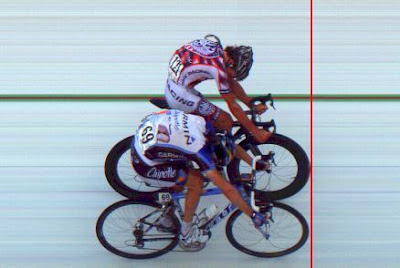 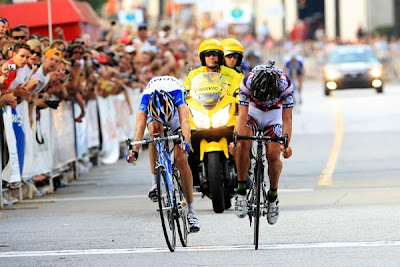 Garmin-Chipotle dominated much of the race, putting the most riders in all of the day's breaks, but in the end, the team's Caldwell was outsprinted by Hamilton. In the final break, Hamilton and Caldwell were joined by Danny Pate (Team Garmin-Chipotle), Lucas Euser (Team Garmin Chipotle) and Jeff Louder (BMC Racing Team).

Pate was the first to try his hand at getting off the front with a solo effort in the final miles, but was reeled back in. The last attack to stick was that of Hamilton and Caldwell. The two played cat and mouse as much as they could with their 13-second margin over their three chasers. Although Hamilton had to do much of the work in the final half lap to keep the duo away, he managed to come around Caldwell after the Garmin racer made his final bid for the sprint.