The mystery of the hot Paraguayan -- solved! 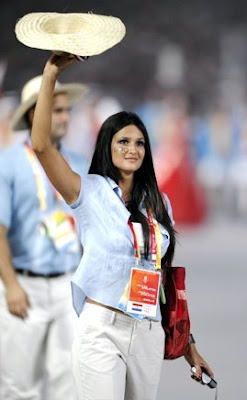 During Fourth-Place Medal's award-winning* live blog coverage of the Olympic Opening Ceremony, one question haunted our panel and reading audience, and it wasn't whether the fireworks were real or how they managed to do that cool display with the blocks. No, we didn't care about that stuff. All we wanted to know was, who was that gorgeous woman who marched into Beijing National Stadium with the Paraguayan delegation?

After an exhaustive investigation by 4PM's crack investigative team, the mystery woman has been identified as Leryn Franco, an athlete with the Paraguayan delegation. Ms. Franco represents her native country in the javelin throw.

The 26-year old Franco is competing in her second Olympics, thanks to a burgeoning modeling career that gave her the financial support to continue competing in javelin competitions. Since finishing 42nd in Athens, Franco has balanced her athletic career with both the modeling and pageant work (she was runner-up Ms. Paraguay in 2006 -- no word on whether throwing a javelin was her talent). 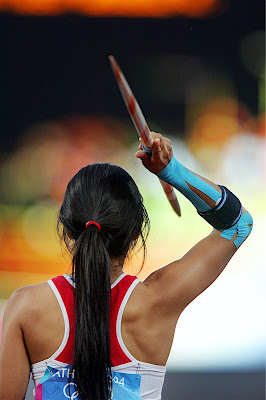 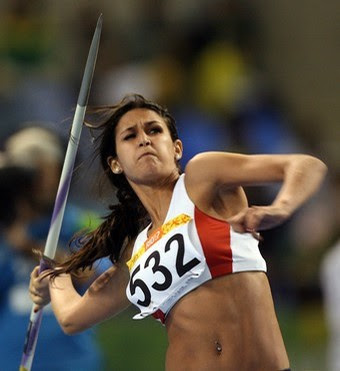 The javelin competition begins August 19 in Beijing.
Posted by Recovox at 11:00 AM