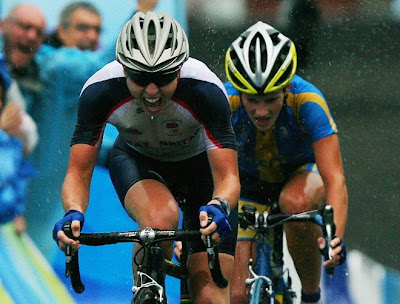 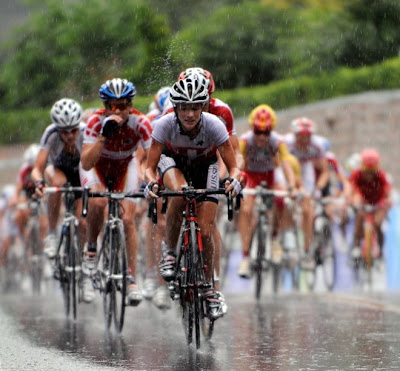 Nicole Cooke of Great Britain took victory in the women's road race in a three-woman sprint over Sweden's Emma Johansson and Italy's Tatiana Guderzo. The three of them were the strongest in a group of five that broke away from the peloton on the last of two laps of the hilly finishing circuit. Christiane Soeder of Austria and Linda Villumsen of Denmark were distanced on the final climb to the line, but held on to take fourth and fifth. Race favourite Marianne Vos of the Netherlands led in the main group to take sixth.

With this victory, the 25 year-old Welsh woman fulfilled a dream that she had eight years ago, when she was left out of the team for the Sydney Games because of her age. She crossed the line a full bike-length ahead of Johansson, but instead of raising her hands in triumph, she let out a huge almost primeval roar.

"I just came over the line and there was so much in me," explained Cooke afterwards, "so many emotions that all came out at once. I was not composed enough to take my hands off the handlebar, so much of it came out as noise because that's just the person I am."
Posted by Recovox at 9:06 AM