Coughlin grabs gold in 100 back 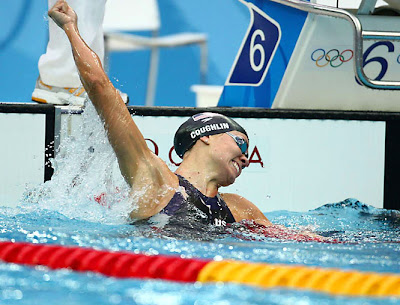 Natalie Coughlin of the United States has won the Olympic 100-meter backstroke, becoming the first woman to ever defend her title in the event.

Coughlin finished in 58.96 seconds, briefly going under world-record pace at the 50.

World record-holder Kirsty Coventry of Zimbabwe earned the silver in 59.19. American Margaret Hoelzer took the bronze in 59.34. Six of the eight finalists swam under 1 minute.

Coughlin earned her second medal of the Beijing Games, having won a silver in the 400 freestyle relay. Coventry was the silver medalist in the 400 individual medley. 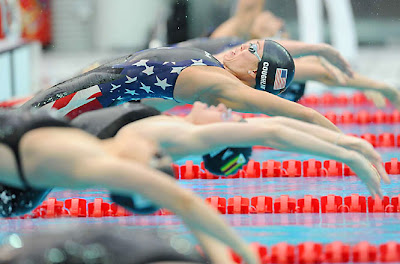