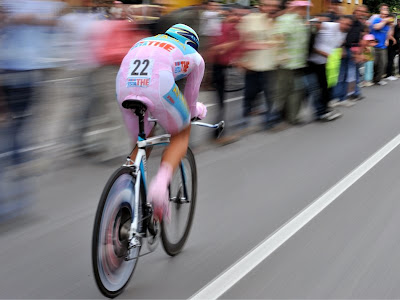 On Wednesday, August 13, the world’s elite men will race against the clock to go for gold in an Olympic winner-take-all event. It’s almost hard to believe that it’s been four years since the podium of Hamilton, Ekimov, and Julich occurred in Athens, and the ensuing drama for Hamilton that some believe heralded a dark period of cycling. But starting at 13:30 local Beijing time / 7:30 European time (CEST) / and 1:30 (USA ET) the men will go flat out for about one hour to see who will lay claim to the title for another Olympic season.

This edition’s TT will be no flat-and-fast drag race as it uses the same difficult final circuit from the road race this past weekend. Two laps of the hilly 23.8km loop will determine who stands above the rest, and of course the now infamous heat, humidity, and pollution could certainly come into play as much as the road itself. Recall the 11km long climb is not that difficult in terms of steepness (averaging only around 4%) but there are some short sections at around 10%, and temperatures were around 90F and 90% humidity for the road race.

Most pundits believe that Swiss rider and World TT champion Fabian Cancellara is the man to beat come Wednesday. The man they call “Spartacus” showed great form in the road race, bridging up solo to the winning escape group and nabbing a bronze medal in the process. But the course is also a solid one for a who’s who of recent cycling success, including Astana’s Contador (Spain) and Leipheimer (USA), as well as riders like Evans and Rogers (Australia), and Menchov (Russia). 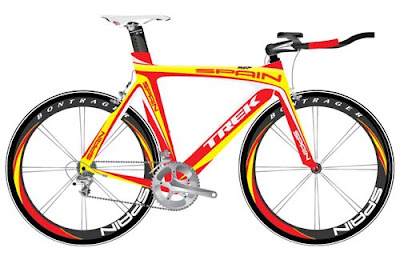