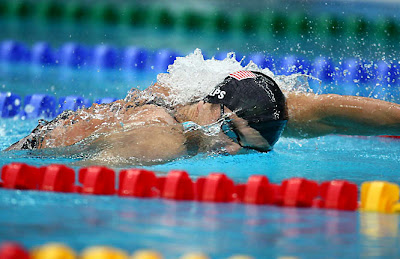 On Wednesday, Michael Phelps won gold medals in the 200-meter butterfly and 4x200-meter relay to increase his career total to 11 Olympic golds, the most by any athlete in any sport in the history of the Games. Phelps had been tied with four others, each of whom had nine. You could make a case for each of those athletes, and for Phelps, as the greatest Olympic athlete in history.

MICHAEL PHELPS, U.S., SWIMMING (11 GOLD MEDALS, 13 TOTAL MEDALS TO DATE)
Phelps should be number one because his total of 11 golds trumps everyone else's and his haul is likely to increase by the end of the week. In 2004 Phelps became the second athlete in history, joining Soviet gymnast Alexander Ditiatin, to win eight medals at a single Olympics. In Beijing he is five for five with five world records and three races to go: the 200-meter individual medley, the 100-meter butterfly and the 4x100-meter relay). Phelps has broken 30 world records (25 individual, five on relays), in his astounding career. At a time when swimming world records are falling by tenths and hundredths, Phelps is lopping whole seconds off existing marks. His 17 gold medals at four world championships are also the most of any swimmer in history. Phelps' achievements have lifted his name into a place where swimmers have rarely gone: into a discussion of who the world's greatest athlete actually is. These days, any such discussion may include Tiger Woods and Roger Federer, but it must also include Phelps, who is toiling in a much more competitive era than Mark Spitz did. 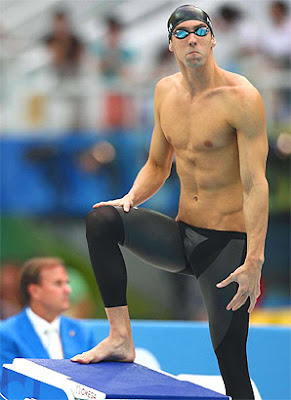 LARISSA LATYNINA, SOVIET UNION, GYMNASTICS (9 GOLD MEDALS, 18 TOTAL MEDALS)
Latynina should be number one because she has won the most total medals, 18, of any Olympian in history. From the 1954 World Championships in Rome through the 1965 European Championships in Sofia, Latynina spent more than a decade at the head of a sport that usually gives its practitioners three or four years to stay at the top. Besides her medal haul at the Games, Latynina won 14 medals at worlds, including 10 golds, and 14 medals at the European Championships, including seven golds. Granted, her era of preeminence took place before the innovators of gymnastics (Olga Korbut, Nadia Comaneci, etc.) turned the sport on its ear, but in an era of classical precision Latynina was the very best. Perhaps most impressive, Latynina's world gold medals highlighted her versatility and included at least one title on each individual apparatus. She later went on to become a national team coach and the organizer of gymnastics at the 1980 Moscow Olympics.

MARK SPITZ, U.S., SWIMMING (9 GOLD MEDALS, 11 TOTAL MEDALS)
Spitz should be number one because he is the first (and still only) athlete to win seven gold medals at a single Olympics, and he surely would have won more had he competed in an era when Olympians could earn more money and extend their careers. After winning two gold, one silver and one bronze at the 1968 Games in Mexico City as an 18-year-old, Spitz made good on his prediction for seven golds, winning every race he entered: two freestyles, two butterflys and three relays. He later became a corporate spokesman and was one of the sport's first athletes to cross into the mainstream, appearing on The Tonight Show, in sitcoms and in commercials. Swimmers such as Matt Biondi in 1988 and Phelps in 2004 have had excellent Olympics in attempting to duplicate Spitz's achievements, but have come up short. He has been such an accepted benchmark for success at Olympics that people have often asked of subsequent stars: Can he do a Mark Spitz?

PAAVO NURMI, FINLAND, TRACK & FIELD (9 GOLD MEDALS, 12 TOTAL MEDALS)
Nurmi should be number one because of the sheer volume of meters he ran in winning multiple distance races, something no athlete attempts these days, and also because his career was unfairly cut short when the IOC declared him a professional before the 1932 Los Angeles Olympics, where he was due to run the 10,000 meters and the marathon. Nurmi's stamina was unparalleled. At the 1924 Amsterdam Games he won the 1,500 and 5,000-meter races just 26 minutes apart. He also won gold in the individual 5,000 meter cross-country and in team events for 3,000 team and 5,000 team cross-country. (Cross-country running events have long been dropped from the Games' program.) During a U.S. tour in 1925 he competed 55 times over five months and broke 39 records (most recognized, some unofficial) and he set the standard of excellence for every distance athlete that has followed him.

CARL LEWIS, U.S., TRACK & FIELD (9 GOLD MEDALS, 10 TOTAL MEDALS)
Lewis should be number one because he won golds at four different Olympics and because he may have been the greatest pressure athlete of all-time. Twelve years after being the dominant figure of the L.A. Games in 1984, when he won the 100, 200, 4x100 and long jump, Lewis was no longer the best athlete in his sport. Yet he won the long jump at the Atlanta Games despite placing only third at the U.S. trials that year. Put the chips on the line under the Olympic spotlight and no one in history was better at lifting his game than Lewis. Take the argument about competitive era even further, because track and field is a more competitive sport. Every country in the world is capable of at least producing sprinters. The fastest man in the world is arguably the glamour athlete of the Games.
Posted by Recovox at 8:44 AM