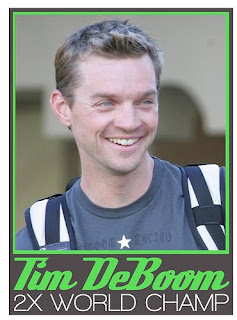 “I’ve traveled every road in this here land.”

When Johnny Cash’s legendary baritone sings these words from “I’ve Been Everywhere,” I’m reminded of my own life on the road these past 17 years.

Travel is definitely one of the perks of being a professional triathlete. Other sports allow athletes to train and compete around the world, but almost all the marquee events in our sport are held in places that are also considered vacation destinations. I can honestly say that I have visited almost all my dream vacation spots through racing. I have also discovered some places that I never would have considered visiting but are now possibly my favorites on this planet.

In 2000, I had been injured and sick early in the year, so my season got a late start. I needed a race in which I could find my rhythm before Kona. The great guys at Klagenfurt, Austria-based Triangle Sports invited me torace the Ironman there. I had never thought of going to Austria and did not know much about the country, except from the movie “The Sound of Music.” (My mother forced us boys to watch that movie when we were young. She claimed it would give us some culture.)

When flying into Austria, all I could see was green. The whole countryside appeared to be a manicured golf course. My wife and I stayed at an incredible bed and breakfast and immediately became part of the family there. It was a challenge to continue my taper because all I wanted to do was explore the surrounding areas. The lake water was so clean that I thought of actually hydrating during the swim. Of course, this excludes the warmer waters that plague the beginning of every swim. The bike course was a fast, challenging loop around the lake with a tiered climb that was once used in the Giro d’Italia. The run went through a beautiful park and quaint cobbled town that was fast and filled with fans the entire way.

The race itself went fine. I came in second to a blazing Jurgen Zack by about a minute. The real memory of the race, however, was my introduction to the European crowds. This was my first European Ironman, and I felt like I was in a stage of the Tour de France. The crowds would part at the last minute, leaving just enough space to let me through, and cowbells rang in my ears for days afterward. It sure makes it tough to bonk with all that fan support out there.

After the race, we stayed a little longer and enjoyed some more of the country, driving into the mountains and then down to Venice, Italy, for a day trip. As touristy as Venice can be, I was amazed by the history of the city and became addicted to the espresso. Like most people go to a bar and have a couple of beers, the Italians have bars where they drink shot after shot of espresso with spoonfuls of sugar in every one. That is probably why I came home and had to buy a thousand-dollar coffee maker. The other thing I remember clearly about Venice is the abundance of stairs in that city. Wendy Ingraham and I were doing the post-Ironman modified crab-walk for much of the day. Keep this in mind if you visit after the race.

As a mountain man at heart, I think Ironman Austria sets the benchmark for races that have it all. However, there are several races that deserve an honorable mention. In Pucon, Chile, a smoking volcano glowed red outside my bedroom window at night. In Laguna Phuket, Thailand, I swam with elephants in the surf before the race and got chased by a wild pig during the run. Yes, I ran fast that day! If you want to stay close to the U.S., take a day trip from Phoenix down to Rocky Point, Mexico, for the Las Palomas Triathlon and the best post-race beach party around.

The sport of triathlon offers a bounty of exotic locales just waiting to be discovered, not only for the incredible scenery and beauty, but for the people you’ll meet as well. The hospitality in some of these places is beyond what I have experienced here in the States. In most foreign countries triathlon is a spectator sport that draws huge crowds and a festival-type atmosphere. The triathletes who never venture outside their comfort zones are missing out on some incredible adventures. Whether you are new to the sport or a veteran who has finished 100 races, I highly recommend doing a destination race in the near future.

I started my adventures by driving around the country to races with my dad and brother, and I gradually ventured beyond U.S. borders and traveled the world. Interestingly, I wrote this column while traveling in Australia for another race. I’m happy to report that I just discovered a new favorite spot to add to my list (or the lyrics of my own little ditty). Byron Bay, I will be back.
Posted by Recovox at 9:35 PM