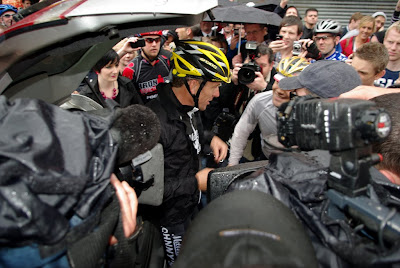 About 300 people have joined an impromptu bike ride with cycling legend Lance Armstrong after he issued an open invitation on a Twitter post.

The seven-times Tour de France winner alerted fans that he was coming to Scotland during a Tweet on Monday.

He posted: "Hey Glasgow, Scotland! I'm coming your way tomorrow. Who wants to go for a bike ride?"

How great was it that the Flying Scotsman Graeme Obree came out? Legend
Lance Armstrong

Up to 300 people are thought to have turned out for the event - including Scottish former cycling champion, Graeme Obree.

After the event, Armstrong posted the Tweets: "Thanks to everyone who turned up to ride in Paisley! I figured we'd have a nice ride for a dozen or so. But 100's came. Haha! Awesome!

"And yes, next time I'll try to bring some sun. You bring the translator (Scottish to Texan) and I'll bring the rays. Seriously, thanks again.

"And how great was it that the Flying Scotsman Graeme Obree came out? Legend." 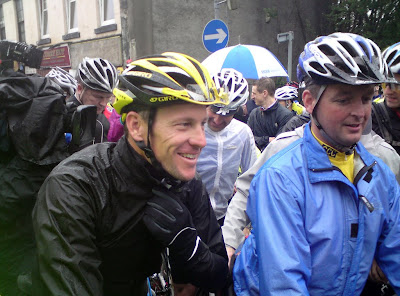