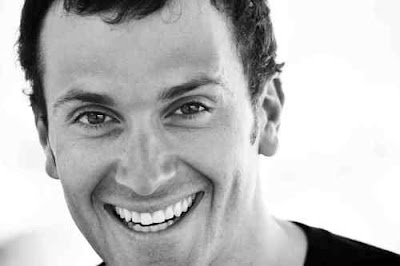 Ivan Basso believes he’s a contender for this month’s Vuelta a España, despite falling drastically short of his own ambitions for May’s Giro d’Italia. Basso believes his form has benefited from the lack of pressure leading into the final Grand Tour of 2009.

"I have dealt with the preparation for this race calmly and without undue stress,” said Basso. "It’s the first time that I face the Vuelta in my career and I have decided to leave my mark.

“Five uphill finishes, full of tricky stages and two time trials - I can not deny that it is suitable to my characteristics,” said Basso. “This factor, together with the good form that I have achieved thanks to the races in August, let me lean toward optimism: the final victory is a concrete goal.”

The Liquigas rider will face stiff competition in the race to the Spanish race's title. Alejandro Valverde (Caisse d'Epargne) and Olympic road race champion Samuel Sanchez (Euskaltel Euskadi) will be hungry to shine on home soil, while there’s a swag of other big named riders seeking redemption at this year’s race like Cadel Evans (Silence-Lotto).

In addition to those super experienced names, Basso needs to hold the younger brigade – like Robert Gesink (Rabobank), Roman Kreuziger (Liquigas) and Daniel Martin (Garmin Slipstream) – at bay. To do that, Basso says he’s moved away from scientific data and if focusing more on his own feelings on the bike.

“The weeks preceding the start of the Giro was full of expectation: the pink race represented the first race where [I could] get some feedback that would allow me to give substance to the sensations felt during preparation,” he said. “It was a fundamental step that has provided me with useful information.

“In summer I was able to focus on areas for improvement, such as changes of pace,” he added. “Finally, having regained the feeling with the dynamics of racing, I have chosen to rely on personal feelings rather than scientific data.”

Basso claimed overall victory at the Giro del Trentino earlier this year and more recently finished fourth at Trofeo Melinda. The Vuelta commences in Assen this Sunday, the first time it has started outside of Spain in 12 years.
Posted by Recovox at 10:18 AM