Do Alcohol and Running Mix? 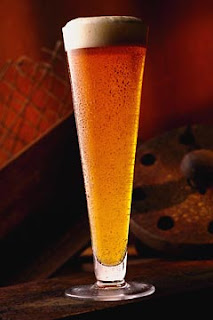 If you're a drinker and a jogger, you've no doubt experienced that highly unpleasant run the morning after you had one too many -- you're tired, out of it and full of regret as you try to drag your sluggish legs uphill. Some of the most seasoned runners I know swear off alcohol when training, and one of the biggest complaints I hear from coworkers and friends preparing for marathons is that they simply don't perform well if they drink while they train. On the other hand, there are running clubs around the country founded on the principal -- run hard, drink harder. And I've seen people drink beer the night before a marathon who were no worse off for it. My own unscientific experiments trying to combine running and alcohol have led me to believe the two don't mix, but is it possible that, in some cases, alcohol gives running a boost?

Scientifically speaking, how your body performs on alcohol depends entirely on the amount consumed, the context and the individual. According to a study about alcohol and athletic performance published by the American College of Sports Medicine, the effects are not entirely clear. In low amounts, alcohol seems to actually improve balance, but a moderate amount of it negatively affects motor skills. In terms of strength, power and short-term performances, low to moderate amounts of alcohol "can result in faster fatigue during high-intensity exercise." However, alcohol has also been shown to have no effect on strength in various muscle groups or on muscular endurance. How does alcohol affect you aerobically? The same study concluded that low and moderate amounts of alcohol impaired 800- and 1500-meter run times and also creates the risk of dehydration because of alcohol's diuretic properties. And dehydration itself impairs performance and is detrimental to health. As for running with a hangover, the study findings might surprise you: "The effect during a hangover seems to be undecided, with no effect on several performance variables."

So what's the answer? "The biggest problem with alcohol is really that it affects quality of sleep and hydration," says Bill Pierce, chair of the health and exercise science department at Furman University, co-author of "Runner's World Run Less, Run Faster" and co-founder of the Furman Institute of Running and Scientific Training (FIRST). Essentially running with a hangover is no more unpleasant than doing anything else with hangover. As for how it affects your performance, it's really going to depend on you, the heat, how far you're running, how hydrated you are and any other number of factors. You're really just going to have to learn how you respond to drinking and adapt accordingly. But, here's one definitive out all of this: "You don't have to give up drinking just because you're running," he says. "My advice for runners who drink is the same advice for anyone regarding alcohol: Moderation," he says. Cheers to that.
Posted by Recovox at 3:02 PM