Armstrong: I'd bet on Colorado stage race happening....Giro or TOC in 2010? 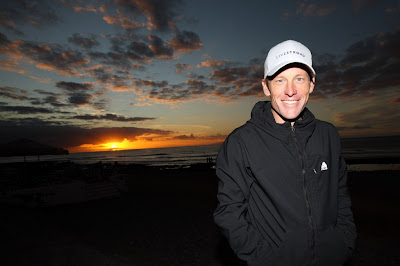 Lance Armstrong says he'd bet on a professional stage race returning to Colorado in 2011, in part because Colorado Gov. Bill Ritter is "motivated and eager" to make it happen.

Armstrong, speaking to reporters after winning the Leadville Trail 100 on Saturday, also said he hasn't decided whether to race in the 2010 Tour of California, which has been moved back to May and now conflicts with the Giro d'Italia.

On the Colorado tour, Armstrong says he remains in close touch with Ritter.

"I spoke with the governor yesterday. It's ongoing, he continues to be motivated and eager to do something," he said.

"It's not an easy thing to pull off in terms of the logistics of the race, getting the racers, finding the space on the calendar, finding the sponsorship, all those things but he's excited so ..."

Armstrong said he'd like to see the race held in August of 2011.

California or Italy?
Armstrong said he was pleased that the California tour was moved to a later date.

"May is better than February, the weather was so bad ... but it's a conflict for me because while I suffered through the Giro I think it was not bad preparation for the Tour. But the Tour of California is, as of this date, the biggest race in America, so I've got to think about it."
Posted by Recovox at 9:31 PM