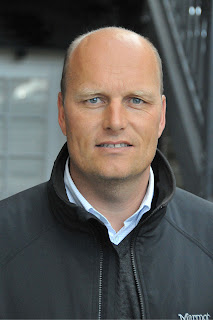 Bjarne Riis, Saxo Bank's directeur sportif, hopes that the return of seven-time Tour de France winner, Lance Armstrong will re-ignite the world's interest in cycling despite the international economic hardships. Armstrong retired from cycling in 2005 but announced his return to the sport last September with a motivation to spread the Livestrong message and raise cancer awareness.

Riis was aware that Armstrong's comeback has been controversial. "But the cycling world needs to take advantage of the good things that he brings back to the sport."

Riis told Cyclingnews that he didn't know if Armstrong's comeback is good or bad for the sport or if Armstrong took the right decision. "I give him a lot of respect to have the courage to come back. Instead of complaining that he is back, we should try to see the positive things that he actually brings to the sport with him. And when he retires again it is up to us to keep up that momentum, create opportunities and possibilities for our future. If we, the cycling world, cannot do this then we are the ones who fail – we are simply not good enough."

The current economic crisis has negatively affected cycling around the world. "The world is in crisis right now and it is not easy to get sponsors," Riis said. He lost his long term title sponsor CSC and co-sponsor IT Factory last season. Riis said that Armstrong can make a difference. "There will be hundreds of thousands of people waiting to see him everywhere he is going to be this year."

Riis suggested that pointing fingers at Armstrong and criticising him would be unfair. "If we continue to see only the negative things we are going to kill ourselves and kill our sport. We need to take the opportunity to find solutions for the future of cycling. And we need to give him credit that he has the guts to come back."

Riis knew that the cancer campaign was part of the comeback, but that there may be more to it. "He has his reasons. He has his cancer foundation and I'm sure he also has his personal reasons. I believe he should be allowed to keep those reasons to himself. He's back and that is all that matters."

Armstrong has faced lots of doping accusations throughout his career, which doesn't bother Riis at all. "Some say he was not clean when he won his Tours. I think he was a great athlete."

Riis has admitted to using EPO when he won the Tour de France in 1996, but said the past should be left behind. "Where are we going to start and where are we going to end this negativity? It's not fair that people can judge him like that. I think if we have chosen to take him back then he should ... compete under the same circumstances as everybody else. I expect from him only the best, which I'm sure he will give us."

Riis saw Armstrong's chances to win the Tour of California and other targeted events this season, as difficult. "He will do well because he is a great athlete. He might not win but just coming here and doing some good for the sport means that he does not need to win. He will not fail if he does not win. In fact, maybe he will fail if he does win. I try to think of it like that. I have so much more respect for him to come here and actually not be the best. Just be here to give something back to us."
Posted by Recovox at 7:32 AM