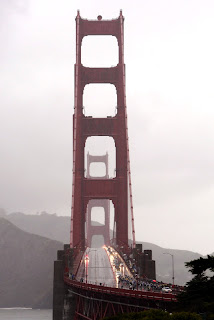 On what was the closest thing to a mountain top finish in the history of the race, Levi Leipheimer (Astana) put his foot down and stamped his authority on the Tour of California. A well-timed attack just over 20km from the finish has handed the advantage to Leipheimer. Despite Tom Peterson (Garmin-Slipstream) besting Leipheimer for his first professional win, the defending race champion took the overall lead from Rock Racing's Francisco Mancebo, who trailed in more than a minute behind the pair.

"I think the most important thing is that you have seen all the fans come out despite the weather," said Leipheimer. "They are suffering through the weather just like we are. As we ride we think that they deserve a show and deserves our best effort. I was touched yesterday in Santa Rosa by all the people standing there in soaking, freezing rain."

"So today I took off all my [rain] clothes despite the fact it was pouring freezing rain. When we hit the bottom of the climb there were a couple of attacks. But I felt great, looked around and saw people at their limit. I had Popovych next to me, and I felt really inspired, so I said, 'Light it up Popo, let's go!"

Leipheimer's massive attack slowly picked off the remnants of the day's early breakaway, which included Peterson and Jason McCartney (Saxo Bank). The trio came together just before the top of the climb, but only the younger American was able to hold the wheel of Leipheimer as they made their way down the fast descent into Santa Cruz. 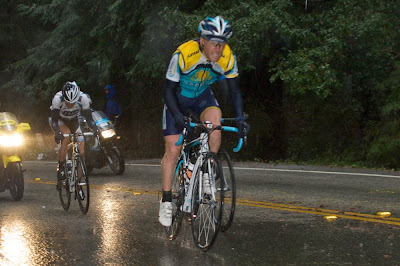