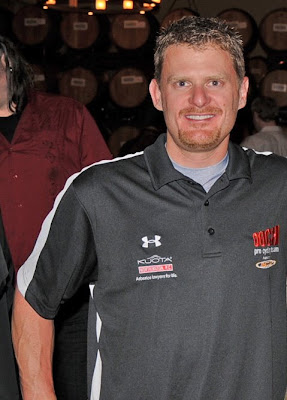 “This is the strongest squad this organization has ever brought to the Amgen Tour of California,” noted team directeur sportif Mike Tamayo. “Last year, Rory was one of the most aggressive riders during the race. And Floyd is Floyd, only better because his hip is healthy and he’s highly motivated to do well at this race again.”

Landis and Sutherland will have a strong and aggressive supporting cast, led by team captain and super-domestique Tim Johnson. His unselfish riding has been key to dozens of victories for the team over the past three years. And this past “off season” he cut his cyclocross racing season short to make sure he was rested and ready for the Amgen Tour this year.

Joining Tim will be Patrick McCarty, who is no stranger to helping Landis to big wins. Patrick was a key support rider during Landis’ march to the 2006 Amgen Tour win when the two rode together on Phonak. He’s back with the same goal.

Evans, the 2007 Canadian National Road Champion, is considered one of the up and coming stage race talents in North America. Menzies is one of the fiercest closers in North America, who has also shined on the international stage, taking a stage win and wearing the leader’s jersey of the 2007 Tour Down Under for three days.

Murphy is another emerging American talent who had a break-out year in 2008, winning the Tour of Taiwan and finishing 5th in the NRC individual standings. White showed in 2008 that he is one of the most aggressive and fearless riders in North America. At the Tour of Utah, he was in every break that stuck throughout the race, an effort that earned him the Sprinter’s jersey for the race.

“We have a lot of guys who are threats for stage wins in this group,” Tamayo said. “We intend to race aggressively and have an impact on the race.”

OUCH Presented by Maxxis for the Amgen Tour of California: