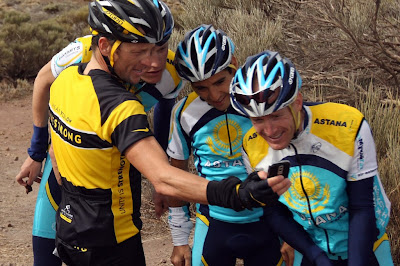 You know Twitter has hit the mainstream when, one by one, the world’s sporting stars, some real, some fake, adopt the micro-blog as part of their busy lives.

The undisputed King of sporting twitterers, the seven-time Tour de France champion is as prolific on-line as he was in the Alps. The Texan keeps his fans up to date with everything from random drug tests to picking up his kids from school and even tweets to say good morning most days. How nice…

Typical tweet: “Anti-doping control are here. I think this is No 15, but I’m losing count.”