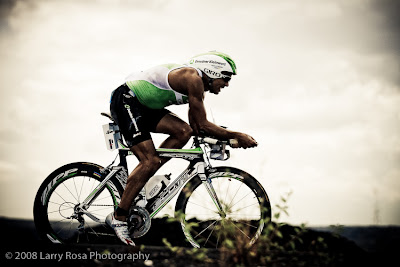 Colorado Springs, CO – Normann Stadler, 2004 and 2006 Ironman World Champion and captain of Team Dresdner Kleinwort, has joined the team of world-class athletes who have chosen to work with Carmichael Training Systems. He joins 2008 Ironman World Champion Craig Alexander and Olympic Triathlon Gold Medalist Simon Whitfield on the growing roster of champion triathletes coached by CTS. Stadler, who holds the course record for the bike split (4:18:23) at the Ironman World Championship in Kona, Hawaii, will be under the watchful eyes and guidance of CTS Founder Chris Carmichael, and coached directly by CTS Pro Coach Lindsay Hyman.

While cycling has always been Stadler’s strength, he and Hyman will be working to further improve his energy management on the bike in an effort to deliver him to the run with greater energy reserves. Toward this end, Stadler will undergo physiological testing as well as aerodynamic testing in the wind tunnel. His 12th place finish at the 2008 Ironman World Championships marked a strong return to Kona, and now he is once again aiming to stand on the podium in Hawaii.

“Normann is a tremendous athlete and a great champion, and I’m very happy he’s going to be working with CTS on his training, nutrition, and race preparation,” stated Carmichael. “We have a proven track record for not only developing champions but also improving the performance of athletes who are already among the world’s best.” Carmichael is best known for providing the expert direction and guidance which helped Lance Armstrong win seven Tour de France championships, as well as assisting Peter Reid to an Ironman World Championship in 2000.

While Chris Carmichael will be reviewing Normann’s training data and progress, CTS Pro Coach Lindsay Hyman will be creating the triathlon champion’s periodization plan and training program, and communicating with him about his daily training. Coach Hyman commented, ”We’re not out to make radical changes to Normann’s training or nutrition programs just for the sake of doing something new. He’s a proven champion and a smart trainer, but after looking at some preliminary data I believe that some small modifications to his recovery and nutrition strategies will further improve his race day performance.

The move to Carmichael Training Systems is just one of several changes Stadler has made in his training and equipment recently. He’s recently spent time with in Boulder, Colorado, a change from his normal training grounds of San Diego, California, and he changed bike sponsors within the last year. While in Boulder in December, more than two months after the 2008 Ironman World Championships, he also checked in with the bike-fit professionals at Retul.

“In 2008 in Kona I was leading the race halfway through the marathon and then finished 12th. That was a disappointing performance for me because I’ve run down Alii Drive twice as a champion,” commented Stadler. “CTS understands that winning Ironman is about managing your strengths and having a good nutrition plan so you have a great run, and I look forward to working with Lindsay and Chris to have a great race in Kona in 2009.”