Arrest Made In Zabriskie Home Burglary 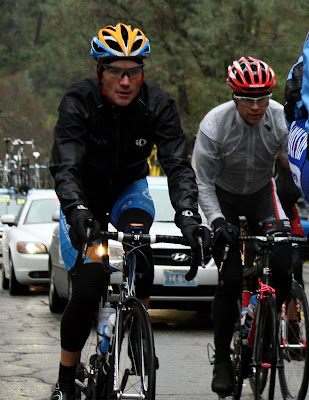 Salt Lake City police reportedly made an arrest in the home burglary of Garmin-Slipstream cyclist David Zabriskie on Thursday, but have only recovered one car of the numerous items taken. According to the Deseret News, the rider's Toyota Scion was recovered by a Salt Lake City gang unit while it was staking out the home of a fugitive in South Salt Lake.

All of the other valuables, including Zabriskie's bicycles and equipment, clothing and collectibles remain missing.

According to the report, Arthur Roll, 30, was arrested after he drove up to the home they were watching in Zabriskie's stolen vehicle. He had been arrested earlier on Tuesday for another car theft and possession of stolen property unrelated to the Zabriskie case.

"We'll hopefully be able to follow the trail back to the rest of the stolen property and possibly others who might be involved," she said.