The Theories Behind Altitude Training 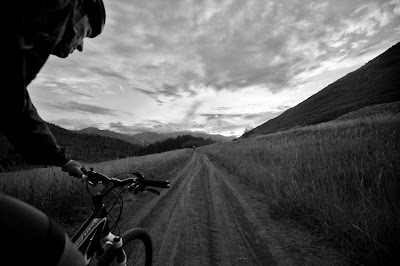 Athletes are constantly striving to improve performance by modifying their training. These efforts sometimes include choices not only about how to train but also where. One modification that has gained in popularity over the years is high-altitude living and training. But does it really work, and if so, how?

The stresses imposed by altitude are linked to potentially beneficial changes in physiology and include lower ambient temperature, atmospheric oxygen concentration, humidity and increased exposure to solar radiation. For the endurance athlete, it is the decrease in oxygen concentration that has the most varied effects and interest.

Aerobic muscle function is entirely dependent on adequate oxygen delivery to cells. With the decreased oxygen concentration at altitude, blood oxygen levels fall, causing oxygen delivery to the tissues to be impaired, which negatively affects aerobic muscle activity. After a move to high altitude (higher than 1,000 meters), the respiratory and circulatory systems adapt immediately. There is an increase in the frequency and depth of breaths to increase blood oxygen concentrations, and heart rate increases to deliver more oxygen-carrying blood to the tissues. These responses reverse with descent to lower altitudes.

Other adaptations to high altitude occur at the cellular level. These changes last much longer upon return to lower altitudes and are presumed to confer benefits to endurance athletes. The most important of these changes are increases in red blood cell production and hemoglobin concentration.

For many years, physiologists have speculated that because the capacity to deliver oxygen is greatly increased in individuals who live at altitude, their aerobic function should be enhanced when they return to lower altitudes. This belief has led to the development of several altitude-training strategies:

• Live high, train low. The negative effects of training at altitude, such as impaired exercise performance and delayed improvement in overall endurance, can offset the positive ones, so many athletes live and sleep at higher altitudes but train at lower levels. This may be simulated with the use of altitude tents and hypoxic apartments.

• Live high, train high. If athletes train at a lower intensity at altitude, they may avoid the pitfalls while gaining further benefit from the constant exposure to hypoxia. Higher-intensity exercise at altitude is often done with the use of supplemental oxygen.

• Intermittent altitude exposure. The concept here is that athletes exposed to periods at altitude will retain the advantages when they return to sea level to train. Athletes employing this strategy usually alternate between high and low altitudes in three-week intervals. When at high altitude, training intensity is diminished.

Unfortunately, the scientific literature on this topic, though extensive, remains inconclusive. There is no question that athletes who live at altitude do increase their red cell number and hemoglobin concentrations. However, there is no conclusive proof of any improvement in performance. For every study that shows benefit, there is another that shows none. On the other hand, no studies have ever shown a decrease in performance attributable to living and/or training at altitude. At worst, these strategies will do no harm, and at best they may increase performance.
Posted by Recovox at 8:47 PM