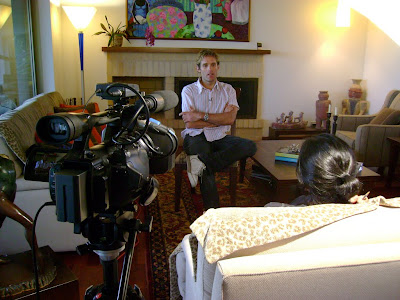 Columbia’s Santiago Botero has returned from a temporary hiatus to compete against a world-class peloton at the Tour de San Luis in Argentina. Botero will officially retire from cycling in June, 2010.

“I was training a lot in the gym until the end of December and I have been on my bike for just three weeks,” Botero said. “But, I live at altitude and when you come from that and being in the mountains every day, you always have one extra point. We will see, my rhythm is slow but maybe I can do something.”

Botero along with long-time friend Victor Hugo Pena will join the Colombian National Team’s ten-man roster during the seven-day stage race through the mountainous region of San Luis. The pair bolster the Columbian National Team team with their extensive pedigree in stage racing.

Botero outlined several stages that suit his ability. Stage two that will take the riders on six-lap circuit through the streets of Potrero De Los Fuentes before sending them out toward the first mountain finish, a distance of five kilometres atop the Mirador ascent. He also pointed out the stage four and the stage six mountain finish atop Mirador del Sol.

“Then there is the time trial and normally I am good in this speciality. I don’t know what my rhythm is like now but we will try to win a stage and do a good stage. Also, stage six is hard. The profile looks hard on that day.”

The fourth Tour de San Luis is sanctioned by the UCI as a 2.1 category event for a second consecutive season. It has attracted some of the best teams and riders in the world, including three ProTour teams Liquigas-Doimo, Katusha and Footon-Servetto along with five Professional Continental teams ISD, Andalucia Caja-sur, Xacobeo-Galicia, Scott-Marcondes and Androni-Giacatolli.

“Always the European teams are at a high level but in the pack with the wind it’s not easy here,” Botero said. “The wind here is dangerous. I don’t know the riders too well here. Now, I know many of the directeur sportifs because they are all my age and from my time. My generation has disappeared.”

Botero ends his career where it began

Botero, 37, turned professional in 1996 and rode for teams like Kelme, Telekom and Phonak. He stepped down to the amateur ranks following one season with the US-based Rock Racing team in 2008.

He became the most decorated cyclist in the history of Colombian cycling when he won the International Cycling Union Individual Time Trial World Championships in 2002. He was also the winner of the Tour de France King of the Mountain Jersey along with two stage wins. Other career highlights include an overall win at the Tour of Romandie and stage wins in the Vuelta a Espana, Dauphine Libere, Vuelta a Andalucia and Paris Nice. 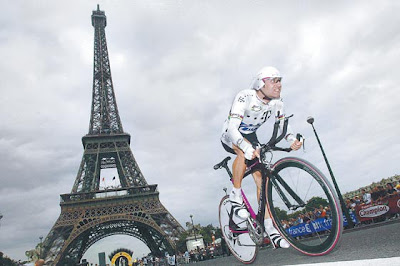 In June of 2006, he temporarily retired for the season after being sidelined by Phonak for his association with Spanish Dr Eufemiano Fuentes and the Operacion Puerto case.

Last year, he took on a mixed racing schedule with the amateur Colombian team Indeportes Antioquia-IDEA-FLA-Lotería de Medellín and occasionally competed with the Colombian National Team.

“Last year was supposed to be my last season but I am racing for six months more because there is an important race in my city, the South American Games and it is important for my city that I stay and race,”
Botero said. “I will race for the national team at the Games and my regional team for the Vuelta A Colombia. I will end my career after that.”

Upon his official retirement, Botero may take a management role with Indeportes Antioquia-IDEA-FLA-Lotería de Medellín. He will also launch a bike manufacturing company under the brand X-Kape by Santiago Botero.

Asked if he will miss a sport that has given him a nearly two-decade career, Botero said, “Yes, in 2006 I remember my motivation was to win the Tour de France and be in the Olympics, things like that. In one moment you come back to small races, they are hard too but, you lose a little bit of the motivation. But, I like the bike, I love riding the bike, it is apart of my life. When I finish my career, I am sure that I will continue riding every day because I need the bike.”
Posted by Recovox at 7:42 PM