Ivan Basso moves up the start of his 2010 racing season 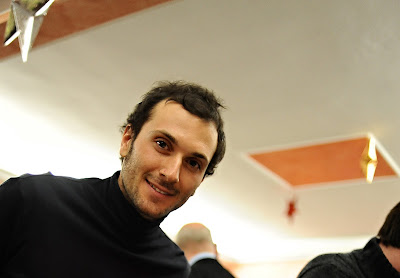 Ivan Basso is moving up 2010 racing season debut. The Italian had planned to race the Volta Ciclista a Catalunya starting March 22, but instead he will be at the starting line earlier than originally planned - at the GP dell'Insubria and the GP di Lugano on February 27 and 28.

"The results obtained during my winter training are really good and,together with management and trainer Aldo Sassi, we thought that move to an earlier start could be useful," said Basso.

"My training plan was studied so I could be ready for the most important events of the season and these races, following a period of altitude training at Teide, will help me toward my goals. These races aren't a test." Basso intends to use the competitions more as supplemental training.

In addition, Basso said he was moving up his debut for his fans. "During last season, I received a warm welcome everywhere," he said. "Many months passed since my last race and I miss it. I want to meet my fans again - they are fundamental to my work."

He added yet a third reason for the program change. "I will also get to race near home - another good reason to accept the invitation to attend these races.

Basso's Liquigas-Doimo team will start its Italian racing season with him at the Giro della Provincia di Reggio Calabria from January 30 through February 2. Directeur sportifs Stefano Zanatta and Biagio Conte will be in charge of the team including Manuel Quinziato, Aliaksandr Kuchynski, Daniel Oss, Mauro Finetto, Jacopo Guarnieri, Fabio Sabatini and Brian Bach Vandborg.
Posted by Recovox at 11:36 AM