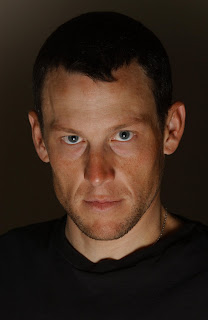 Lance Armstrong's rivalry with Tour de France champion Alberto Contador is "healthy" for cycling and better than the usual doping controversies, the sport's chief said on Saturday. Pat McQuaid, president of the Union Cycliste Internationale (UCI) said the verbal hostilities since last year's race have long been a part of cycling.

"I see it as a healthy rivalry, I don't see it as being over the top," he told reporters in Adelaide during the Tour Down Under. "I think they're both saying things to position themselves in the lead-up to the Tour (de France) and I think that's a strategic aspect that there's always been throughout cycling."

Seven-time winner Armstrong has compared July's Tour de France showdown as "Ali-Frazier" after the former teammates fell out spectacularly during last year's race. Contador has accused Armstrong of being a bad teammate, calling their relationship "non-existent" and provocatively describing Luxembourg's Andy Schleck as his main rival.

McQuaid said cycling had benefited from previous rivalries including Fausto Coppi and Gino Bartali's legendary clashes of the 1940s and 1950s, and Greg LeMond and Bernard Hinault's row in the 1980s. "I don't think there's anything unhealthy about it. I think it's good for the sport. Controversy of this type is a lot better than many other types of controversies which our sport has had over the last couple of years," McQuaid said, referring to doping.

"From that point of view I think it's a good thing. It generates interest in the Tour and will be a big talking point in advance of the Tour and during the Tour. The two individuals are bringing pressure on each other and I think it's how they deal with that pressure and deal with the event that will all unfold during July."

Armstrong, 38, is embarking on the second year of his comeback at the Tour Down Under, while Contador will start his season at next month's Tour of the Algarve. 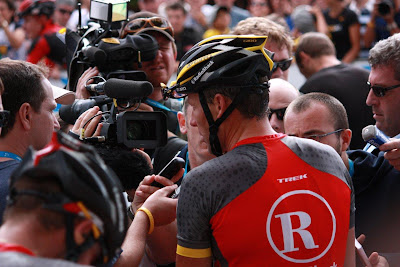 Armstrong to Remain Focused On Tour

Lance Armstrong on Saturday vowed not to repeat last season's mistakes when he "goofed off" after the Tour Down Under, affecting his comeback year. The seven-time Tour de France winner said he paid the price in last February's Tour of California, where he had a tough time and placed seventh. The American fell and broke his collarbone in March before recovering to finish third in July's Tour de France behind Spanish rival Alberto Contador.

"I messed up in the weeks after this last year. I went back and thought I was on schedule or slightly ahead of schedule and I goofed off a bit much and suffered bad in California," Armstrong told reporters. "I have to not make those mistakes again and just keep on the gas right through February."

Armstrong said it was too early to tell whether he was on track for this year's Tour de France, where he is bidding to become the race's oldest winner at 38. "It's still so early. Not much can be taken from here in terms of what happens in the summer, in fact nothing," he said. "The main thing is we got good racing in, which equals good preparation mixed with no bad luck: illness, injuries, crashes. Smooth trip, good weather."

He added that he was "50-50" on returning to Australia for Melbourne's road world championships in October, adding that he was not sure whether he still had the power needed to win. "Back in my explosive days it would have been good," he said. "It's just a question of your condition. At 260-kilometers it's the guys that have the best preparation that do well. You can't hide after six hours."
Posted by Recovox at 10:38 AM