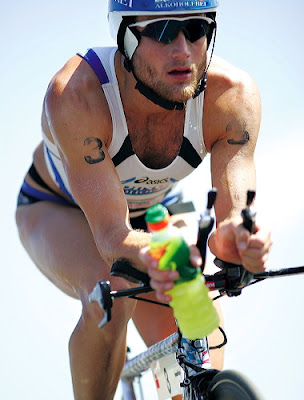 If you think glycogen is the stored form of carbohydrate we use to produce the energy required for cycling, you would be correct. However, glycogen does a lot more than just that. Scientists have discovered a crucial second function that directly affects endurance performance and could revolutionise the way we endurance train.

Glycogen also plays an important part in regulating metabolic signalling, interacting with particular proteins in cells to alter their activity.

One affected protein is an enzyme called ‘AMP activated protein kinase’ or AMPK, which plays a huge role in endurance performance because, when activated, it encourages the build-up of mitochondria within the muscles.

Mitochondria are the power-houses of the cell. They create most of the energy that powers our muscles when cycling. So, the better the signalling function, the greater the AMPK activation – meaning your muscles accrue more mitochondria, and that results in a greater capacity for producing aerobic energy.

“Improved glycogen signalling can boost two out of the three: VO2 max and lactate threshold.”

This would be interesting but not practically useful were it not for one crucial point, the scientists showed our signalling function can be improved by training when glycogen stores are low, which is a radical break from conventional wisdom.

How low-level glycogen training affects performance
Generally, athletes of all levels are told to have a carbohydrate-rich meal two to three hours before any training occurs, ensuring their glycogen levels are fully topped up.

But these studies suggest that purposefully manipulating your glycogen level so that it’s around one third depleted results in improved signalling, hence greater muscular mitochondrial mass and better endurance performance.

“The exact mechanism is still being investigated, but this could work in a number of ways,” says Baar.

“For example, training on low glycogen puts the body under extra stress, meaning it produces more adrenaline. Therefore the body adapts to dampen the body’s response to adrenaline, which in turn helps to increase the lactate threshold”.

How to train your signal pathways
Dr Baar’s fellow bofﬁns at the University of Birmingham have even created a training session speciﬁcally designed to increase the signalling function of glycogen. The idea is to purposefully lower your glycogen until it’s depleted to the right level, then to do some high-intensity training in that state.

Have a low-carbohydrate meal prior to the session and then beginning the workout with 45-60 minutes of low-intensity, steady cycling at around 70% of your VO2 max (a level where you can still breathe through your nose, with your mouth shut).
After your glycogen is sufﬁciently depleted, switch to intervals of ﬁve minutes’ hard exercise with a minute of rest in between.
This will train your signalling pathways to maximum effect.

“We know from studies that training at high intensity activates AMPK at a greater rate, plus we know this effect is improved when training at lower glycogen levels, so this session gives twice the activation,” Baar explains.

Short-term limitations versus long-term benefits
Before embarking on glycogen manipulation training, it’s important to recognise its limitations. For example, if you’re a track rider and don’t race for longer than an hour, this type of training is going to be largely ineffective on your short-term performance.

The reason for this is that improving your glycogen signalling increases your energy efﬁciency at slower speeds, when you are undergoing aerobic respiration and want as much fat-burning as possible. Racing shorter distances for an hour or less requires a faster speed, meaning that your body has to burn carbohydrate no matter what, so glycogen signalling is largely irrelevant.

But for longer distance events, particularly stage rides where you have to pedal day after day, this type of training can bring deﬁnite beneﬁts.

Only pure endurance will get the full benefit
You also need to be careful about when and how often you perform this kind of training. Unlike running, which requires only pure endurance, cycling also requires a degree of explosive muscle strength to power the pedals.

Crucially, glycogen manipulation will only work for pure endurance training. So there’s no point going into a weights session in a glycogen-depleted state because you’ll simply fail to get the full beneﬁt from the workout.
Posted by Recovox at 9:33 AM