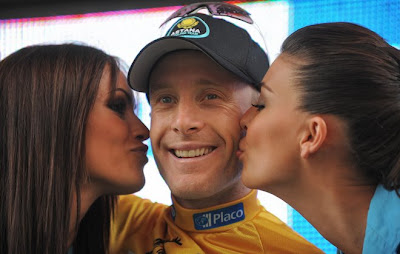 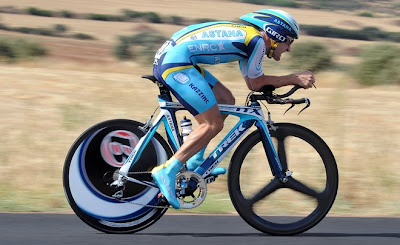 The Olympic bronze medallist started slowly but accelerated through the race against the clock, overhauling long-time leader Manuel Quinziato (Liquigas) by 33 seconds and fending off French time trial champion Sylvain Chavanel, who was twelve seconds slower.

This proved crucial for the American as he ended the day just two seconds ahead of the Cofidis rider in the general classification. Alejandro Valverde had a solid time trial, placing fifth, and remained third overall. He ended the day 59 seconds behind Astana rider Leipheimer.

General classification contenders Alberto Contador (Astana) and Carlos Sastre (CSC) also performed well. The former was fifth in the test, 49 seconds off the winning pace, and is now fifth overall. 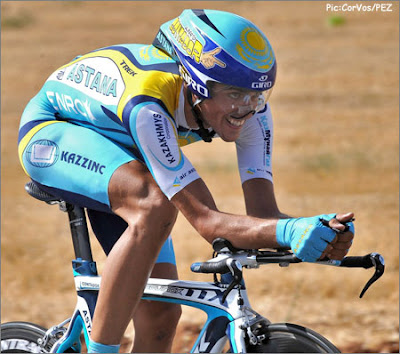 Sastre, the 2008 Tour de France champion, was 15th, 1'30” back, and is seventh in the general classification. He will start tomorrow's stage 1'27” behind the new race leader, who was third overall in the 2001 Vuelta.

Race leader Daniele Bennati was 50th in the time trial and dropped away from the top of the general classification.