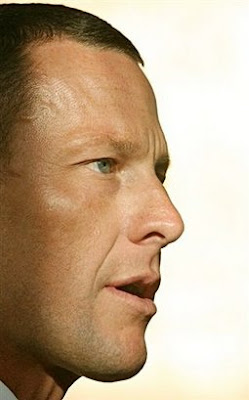 Lance Armstrong is close to sealing his return to cycling with Johan Bruyneel's Team Astana. Bruyneel and Armstrong's relationship dates back to the 36 year-old's cancer comeback, before the two went on to win seven editions of the Tour de France.

"I spoke to Lance yesterday evening, and he confirmed that he wanted to make a comeback into professional cycling. I said to him, 'there are a lot of things we have to talk about. If you are a professional cyclist I can't imagine you would make a comeback with any other team.' ... I don't know if Lance can come back at the highest level. He has been training and keeping in shape, it is different than riding at the highest professional level," said Bruyneel Tuesday morning.

He noted yesterday that he believed Armstrong would race with his team. He added today, "I will talk to the sponsor today or tomorrow." The Belgian took over management and reorganised the team after its doping-related problems in the 2007 Tour with Alexander Vinokourov.

Amaury Sport Organisation (ASO), organisers of the Tour, stated it was this 2007 link that led to the 2008 non-invite. The Luxembourg-registered team instead dominated the Giro d'Italia in May with Contador and looks in good position to do the same in the Vuelta a España, which concludes on September 21.

With an already impressive line-up of Contador, Levi Leipheimer and Andreas Klöden, could it be the case of too many cooks in the kitchen? Contador was quick to dispel any such idea. "I was surprised by the news. I don't know that Lance will be back at the highest level. But I think it is good news for the sport. It will bring some fans to the sport. ... Will I have problems being his team-mate? No, what problems... If he returns I will open the door," he said.
Posted by Recovox at 10:31 AM