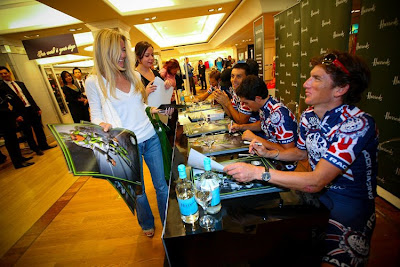 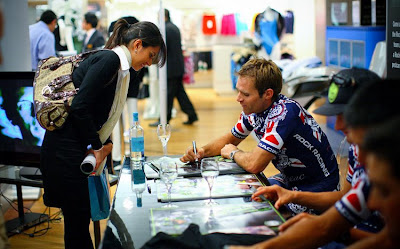 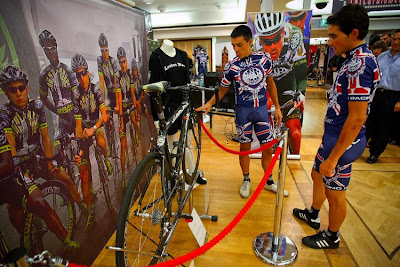 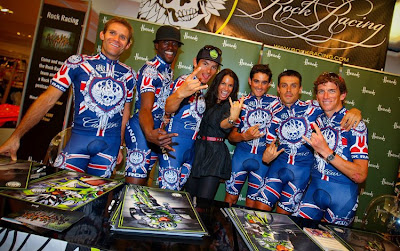 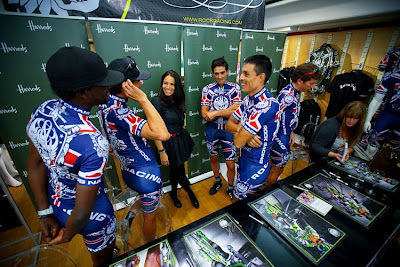 Al-Fayed’s visit to Rock Racing’s special appearance and display area on the fifth floor was one of the highlights of the event – as was the presence Rock & Republic President Andrea Bernholtz. She greeted the team and congratulated them on their three top 10 finishes at the Tour of Britain.

Harrods will continue to carry the new line of Rock Racing “London Rocks” sports apparel for men, women and children through the month.
Posted by Recovox at 9:50 PM