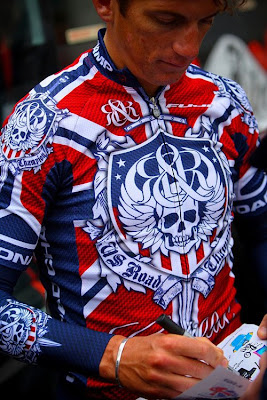 Competing for the first time as a professional in Europe, the reigning U.S. criterium champion said he was on the wheel of stage winner Alessandro Petacchi (LPR Brakes-Ballan) in the closing moments of the 53.5-mile (86 km) race that was run through the streets of London. 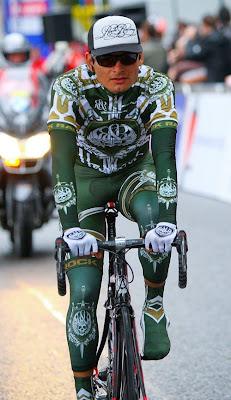 “Like a lot of guys – probably about 20 – I was trying to stay on Petacchi’s wheel,” Bahati said. “They don’t know me over here so it was a real battle to maintain my position. The biggest difference between racing here and in the U.S. is that there are so many more guys who can come around you at 60 kilometers an hour (37 mph) in a short span.”

Rob Hayles (Great Britain) was second and Magnus Backstedt (Team Garmin-Chipotle presented by H30) rounded out the podium in a race that averaged 28 mph. Petacchi earned the race leader’s yellow jersey in his first race back after serving a one-year ban for a positive test for an excessive amount of a prescribed asthma medication. 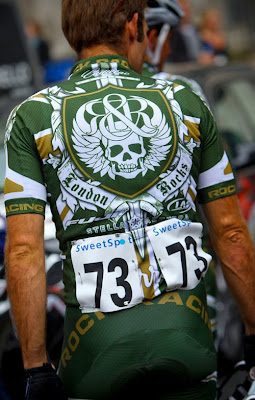 Bahati made up four places in the final 20 meters to post the best placing of Rock Racing’s six riders in the opening stage of the eight-day race. Teammate Tyler Hamilton raced for the first time as the U.S. national road champion and successfully chased back after a flat tire in the final eight minutes. He and the rest of Rock Racing’s riders all finished in the same time as the winner. 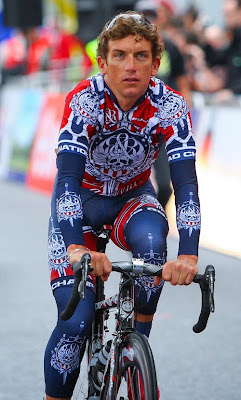 Sunday’s stage was run on a five-mile (8 km) course that passed by picturesque landmarks such as the Houses of Parliament and Big Ben, traveled up and over Tower Hill and back parallel to the River Thames.

At one point, eight riders escaped the 96-strong field and gained a nearly minute’s lead. But after an hour out front, a pursuit led by Rock Racing, CSC and Garmin-Chipotle reeled them in – but not before 2007 Giro d’Italia winner Danilo Di Luca soloed away from the breakaway just as it was being caught. He was swept up on the last lap. 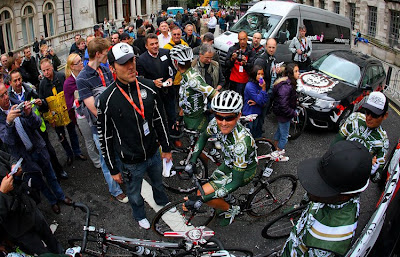