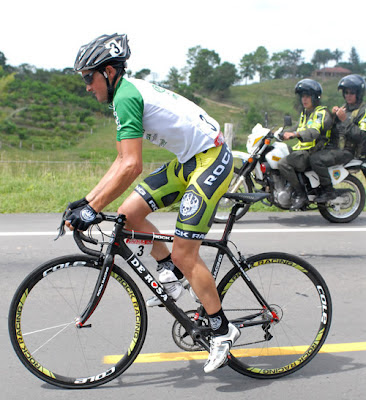 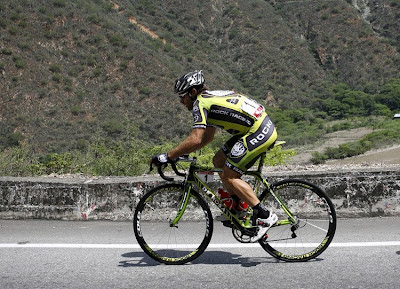 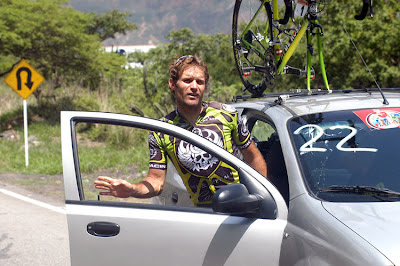 El Socorro, Colombia — While Rock Racing’s Oscar Sevilla narrowly missed out on a victory on Stage 2 Monday at the Vuelta a Colombia, his teammate, Santiago Botero, retired from the race, citing fatigue and a desire to do well at the Olympics.

Botero had claimed victory in Saturday’s prologue time trial, leading Rock Racing to a 1-2-3-4 sweep. But the race’s defending champion is looking ahead to an even bigger goal – success in the Olympic Games in Beijing later this year.

“Santiago has been training super hard since November of last year to win the Tour of California – a race he unfortunately was not even allowed to start,” Rock Racing Team Director Mariano Friedrick said. “Fortunately, he had enough fuel in his tank to win Redlands and do a very good job at the Tour de Georgia. Ultimately, he knew he didn't have the form to win this Vuelta and mentally he needs a rest.”

While Botero withdrew at the 37-mile mark (60 km), Monday’s stage was well-suited to an on-form Sevilla, who finished third in the prologue. With temperatures soaring over the century mark and high humidity, the peloton was reduced to fewer than 40 riders by the time the final 25-mile (40 km) climb began. Rock Racing was well-represented with both Sevilla and Victor Hugo Peña – who finished second in the prologue.

“Oscar looked relaxed and composed at all times, and under no circumstances was he in trouble,” Friedrick said.

Sevilla bided his time on the final ascent, covering several attacks in the closing kilometers before making a go of it on his won with 300 meters left, only to be passed by Jhon Freddy García (UNE) just before the finish line.

The result did not significantly change the overall standings, though, and Sevilla remains in sixth place, 42 seconds behind overall leader Carlos Ospina (GW-Shimano-EPM).

Tuesday’s Stage 3 departs from Piedecuesta and finishes 103 miles later (136.4 km) after passing over three categorized climbs, including a Category 1 ascent.
Posted by Recovox at 3:49 PM