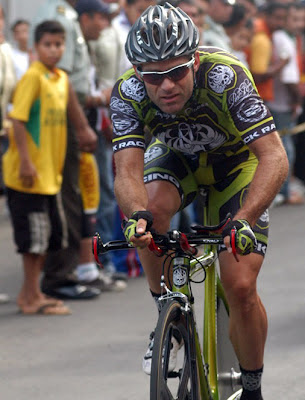 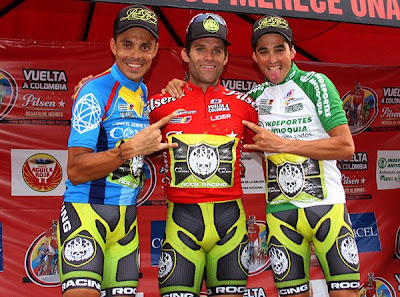 José Castelblanco, the 2006 winner of the Vuelta a Colombia, finished fifth, 15 seconds behind.

On a day with 105-degree heat and 75 percent humidity, Botero averaged 31.3 miles an hour over a crowd-packed course that ran through the city Barrancabermeja, a port and oil-refining center on the Magdalena River in northeastern Columbia. Botero, the race’s defending champion, also won the prologue last year.

“At the halfway point, Santiago was eight seconds down on Victor, but from there on he took a couple of fast corners and on the final straightaway of 3.5kms he turned it on,” Rock Racing Team Director Mariano Friedrick said.

Peña, who lives about an hour’s drive away from Saturday’s start in the city of Piedecuesta, said he was happy to be back racing in the Vuelta a Colombia for the first time in 10 years.

Fifteen teams – including 12 from Colombia – are participating in the 14-stage race that covers 1,237 miles (1991 km) over 15 days. Widely considered to be one of the most challenging stage races in the world because of its high-altitude race finishes, past Vuelta a Colombia champions include Tour de France stage winners Fabio Parra (1981, 1992), Luis Herrera (1984-86, 1988) and Oliverio Rincón (1989).