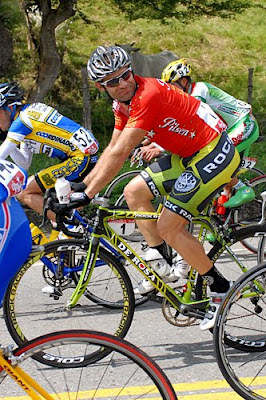 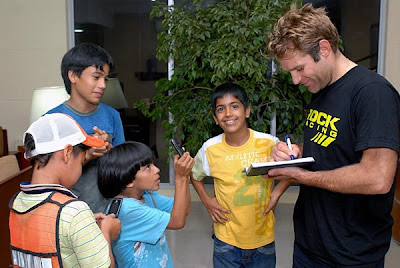 Bucaramanga, Colombia — Rock Racing’s Santiago may have conceded the race leader’s red jersey Sunday at the Vuelta a Colombia, but not his confidence for overall victory.

On a day when the race finished in the hometown of Rock Racing’s Victor Hugo Peña, a 19-man breakaway went up the road with every major team represented in the move – including Rock Racing’s Sergio Hernandez. The escapees built an eight-minute advantage before the peloton responded.

“It wasn’t up to us to defend anything because one, this race has just started, and second we are outnumbered in this race,” Rock Racing Team Director Mariano Friedrick said. “ So we ended up looking after the main contenders in the field and their teams to take the initiative.”

The toll of a 15-mile climb near the end of the 91.2-mile (146 km) race, combined with the high heat and humidty, helped bring the break back into the fold. In the end, Arthur Garcia (Loteria del Tachira) out-sprinted Rafael Montiel (Colombia es Pasion Coldeportes). Rock Racing’s Oscar Sevilla, who was third overall coming into the stage, finished eighth, 59 seconds behind. Botero came in with a group 1:28 behind.

The result means that Sevilla is now Rock Racing’s best-placed rider in sixth overall, 48 seconds behind Garcia. Botero slides to 12th overall, 63 seconds behind, while Peña also remains within striking distance of the race lead in 25th, 1:24 behind.

Friedrick said it was a special moment when Monday’s race reached Peña’s hometown.

“They received him with arms wide open and a warm welcome,” Friedrick said. “He was extremely happy for the stage to have finished in his hometown.”